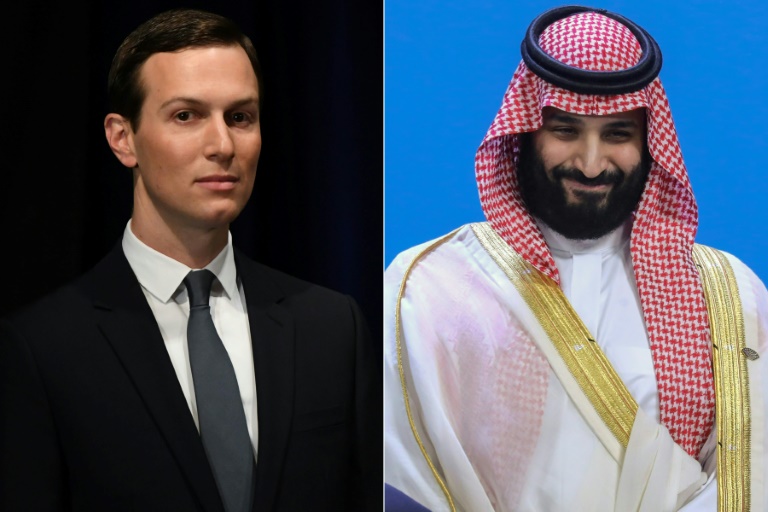 US lawmakers said Tuesday they were probing whether President Donald Trump is rushing to sell sensitive nuclear technology to Saudi Arabia to please corporate supporters who stand to profit handsomely.

The House of Representatives committee in charge of investigations, led by the rival Democratic Party since last month, said that "multiple whistleblowers" warned of conflicts of interest "that could implicate federal criminal statutes."

Representative Elijah Cummings, chairman of the House Committee on Oversight and Reform, asked the White House to turn over documents including those related to a meeting two months into Trump's tenure between his son-in-law, Jared Kushner, and Saudi Arabia's powerful Mohammed bin Salman, who shortly afterward became crown prince.

An initial report by the committee said that "strong private commercial interests have been pressing aggressively" to transfer sensitive technology to Saudi Arabia.

"These commercial entities stand to reap billions of dollars through contracts associated with constructing and operating nuclear facilities in Saudi Arabia -- and apparently have been in close and repeated contact with President Trump and his administration to the present day," the report said.

The committee said that the leading proponent of building nuclear plants in Saudi Arabia has been IP3 International, a company whose subsidiary in 2016 listed retired Army lieutenant general Michael Flynn as an advisor.

Flynn served briefly as Trump's national security adviser before resigning over lying about secret communications with Russia, for which he was convicted and is awaiting sentencing.

The Trump administration in its very first week tried to rush through approval of IP3's bid to build nuclear plants in Saudi Arabia until a legal adviser ruled that Flynn had a conflict of interest, the committee said, citing whistleblowers.

IP3's influence has apparently not ended, with the committee voicing alarm at a report by news site Axios that Trump personally met with representatives of the company among other firms just last week.

Another key proponent of transfers to Saudi Arabia, according to the committee, has been Thomas Barrack, a businessman with longstanding interests in the Arab world who organized Trump's inauguration.

He recently drew controversy for playing down Saudi Arabia's killing of dissident writer Jamal Khashoggi, an incident that has hardened views in the US Congress against Prince Mohammed.

Barrack told a forum that "the atrocities in America are equal, or worse" to those in Saudi Arabia, whose agents strangled and dismembered the Washington Post contributor after he was lured into the kingdom's consulate in Istanbul, according to officials. Barrack later apologized.

US lawmakers, including some Republican allies of Trump, have been pushing for the United States to distance itself from Crown Prince Mohammed in the wake of Khashoggi's killing and the devastating Saudi-led, US-backed war against rebels in Yemen, where millions are on the brink of starvation in what the United Nations calls the world's most serious humanitarian crisis.

A group of senators including Marco Rubio, a Republican of Florida, last year jointly appealed to Trump to freeze talks on a 123 agreement with Saudi Arabia, questioning the judgment of the kingdom's policymakers.

The United States in 2009 completed a 123 agreement with the United Arab Emirates in which the US ally pledged not to enrich domestic uranium or reprocess spent fuel, steps that could be used to build a nuclear bomb.

Saudi Arabia has walked back from similar promises, although some experts believe Riyadh is talking tough largely to pressure Iran and that it is unlikely to seek nuclear weapons so long as it enjoys US security guarantees.