WORLD Democrats win big, in blow to Trump one year in

Democrats win big, in blow to Trump one year in 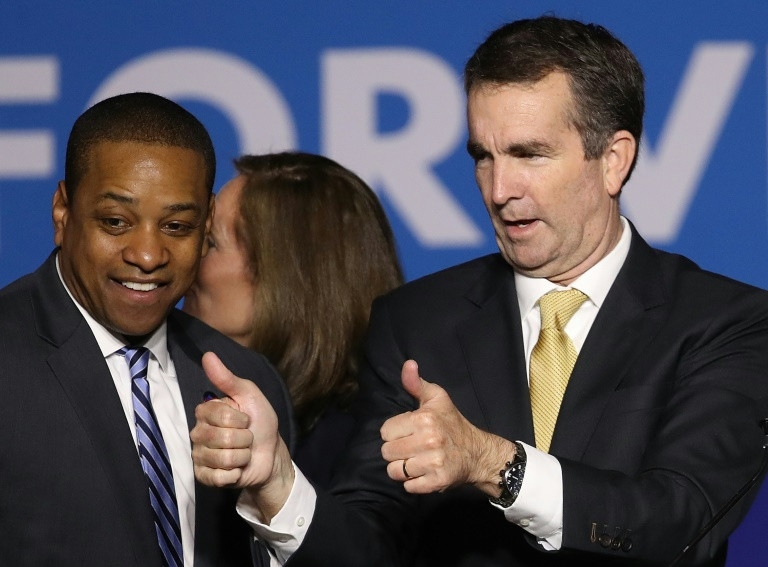 Democrat Ralph Northam scored a decisive win against Republican Ed Gillespie in their Virginia gubernatorial race, one of several elections won by Democrats on November 7, 2017 that were the party's first major victories of the Trump era     Photo: AFP

US President Donald Trump on Wednesday marked one year since his shock election win, but Democrats spoiled the anniversary by dealing him a resounding defeat in several high-profile state and mayoral elections.

Ousted from the White House and enduring opposition status in Congress since Hillary Clinton's humiliating loss on November 8, 2016, Democrats bounced back Tuesday night with their biggest election victories of the Trump era.

They won governors races in New Jersey and Virginia, with the latter the scene of a command performance by progressives up and down the ballot, which analysts said could signal trouble for Trump's Republicans in next year's congressional mid-terms.

Democrats won mayoral races in New York and Boston, as expected, but also in cities like Manchester, New Hampshire; Fayetteville and Charlotte in the battleground state of North Carolina; and St Petersburg in Florida. 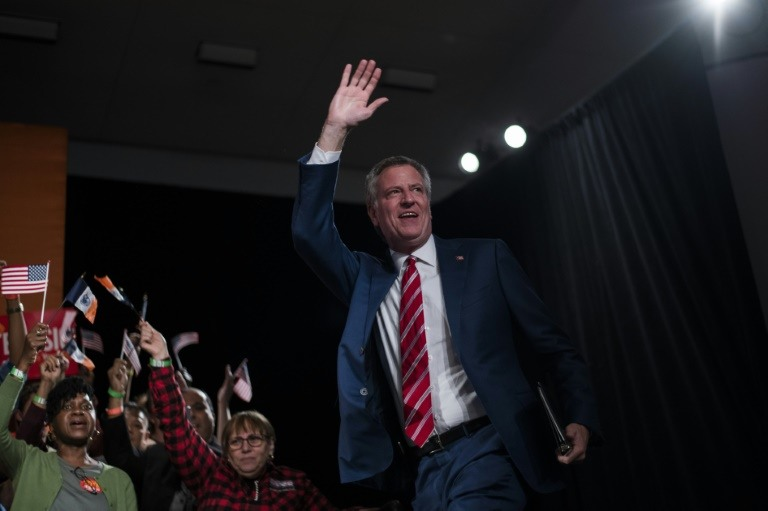 New York City Mayor Bill de Blasio was among many Democrats who rode to victory in statewide and city elections in several US states, in what is seen as a referendum on the performance of President Donald Trump Photo: AFP

"Last night was a great reminder of what's possible when we come together and fight for what we believe in," Clinton said in a tweet.

Some of the results were expected, as in Virginia, which as a neighbor to the capital Washington has trended blue in recent years.

But the 8.5 percentage point victory margin for governor-elect Ralph Northam over his Trump-endorsed rival, Ed Gillespie, stunned analysts who did not expect so thorough a repudiation of Trump's combative politics.

"We're taking our country back from Donald Trump one election at a time," Democratic National Committee chairman Tom Perez said on a conference call.

"Voters are rewarding Democrats for their compassion and punishing Republicans for dividing our country."

The results could emerge as a test of the unpopular president's influence ahead of the 2018 mid-term elections and the next presidential contest, in 2020.

They were also the victories the party had been craving, having failed to win any of the five high-profile special elections for House of Representatives seats earlier this year.