Demonstration in US Portland becomes riot with multiple arson fires 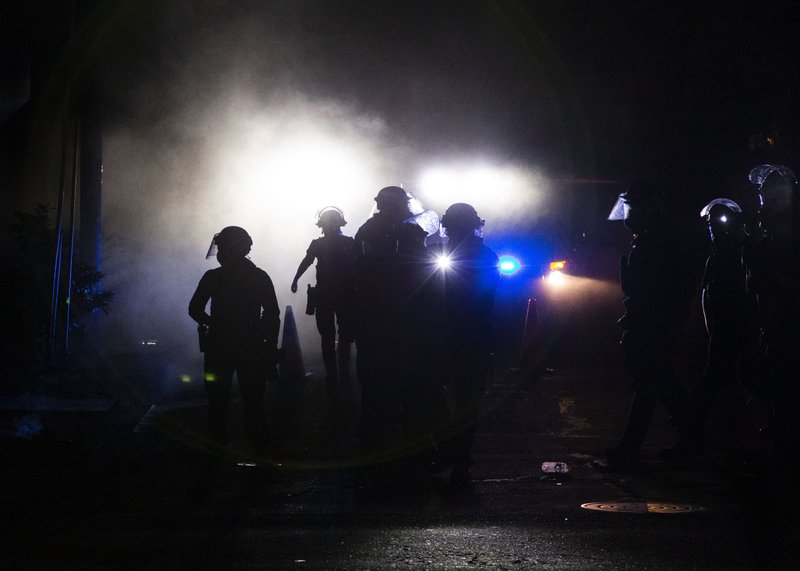 A march on the Portland police union headquarters drew a rapid police response after someone set a fire next to the building.Monday, Aug. 24, 2020. (Photo: AP)

SAN FRANCISCO, Aug. 25 (Xinhua) -- Multiple arson fires were set during a protest at the U.S. Oregon's Portland Police Association (PPA) building on Monday night, prompting a declaration of a riot and multiple arrests, according to a report released by Portland Police Bureau Tuesday morning.

"Due to the extreme life safety concerns, the incident commander determined that it was a riot. The urgency to extinguish the fire was extreme. Someone in the crowd appeared to pour some kind of accelerant on it as the fire exploded rapidly," the police report wrote.

During the event, chain link fences and other blockades were used by protesters to close the streets. Police deployed tear gas and used other crowd-control munitions after numerous warnings, officials said.

Twenty-five people were arrested during the demonstration. They were booked into the Multnomah County Detention Center. Most face allegations of interfering with a peace officer, rioting or disorderly conduct.

Multnomah County District Attorney Mike Schmidt said earlier this month that prosecutors would proceed with a riot case only if it included an accompanying allegation of specific property damage or use of force.

A judge's order in a recent lawsuit bars police from arresting or using force on journalists during a protest. Portland Police said people with "press" printed on their clothes threw rocks at officers during Monday protest and cracked the windshield of a police vehicle. According to a report by The Oregonian, at least one person was detained after failing to disperse or produce a press credential during the Monday demonstration.