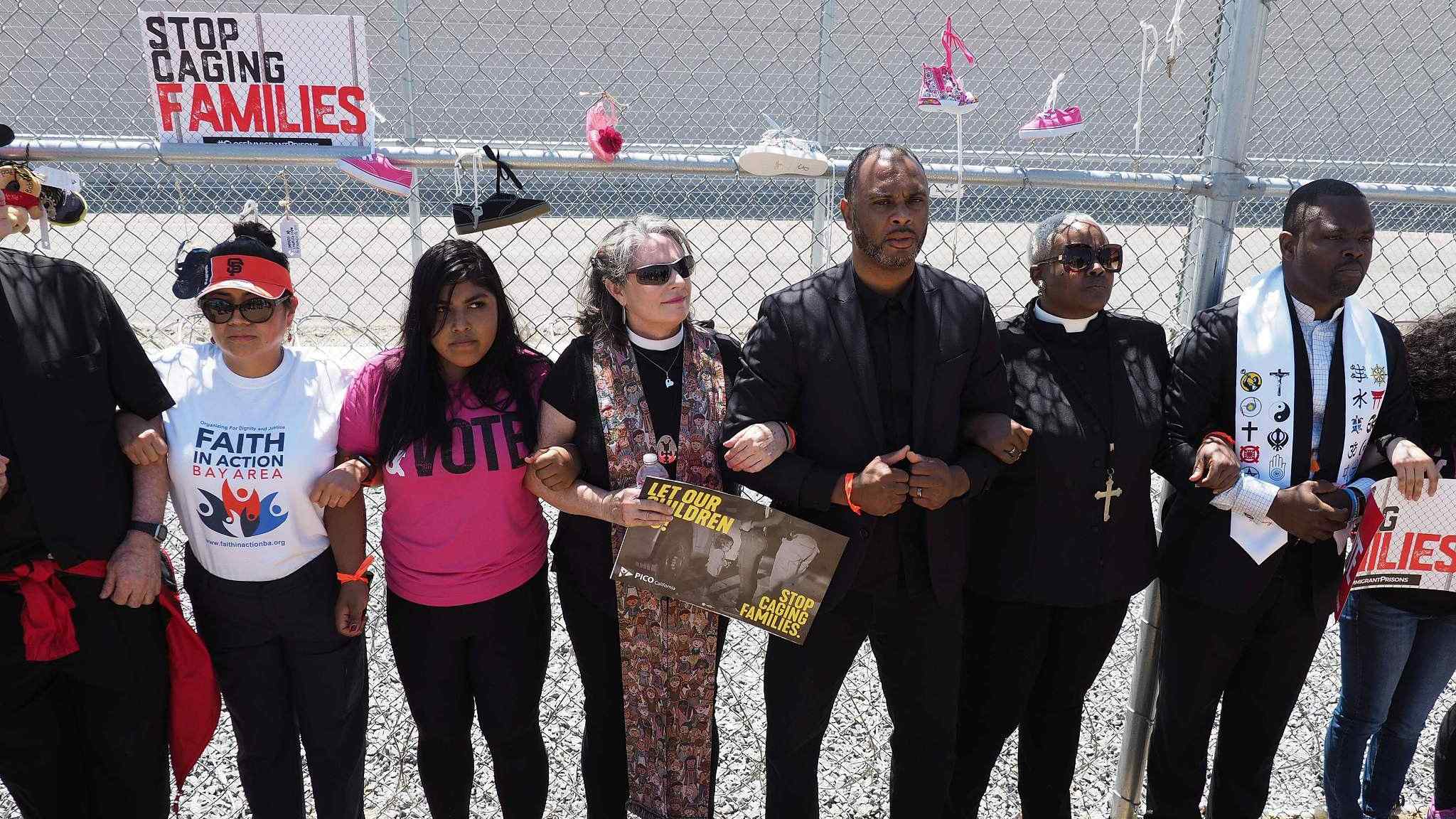 Hundreds of protesters were seen on Saturday linking their arms outside the Otay Mesa Detention Center to demonstrate against the US immigration policy, which has separated children from parents. /VCG Photo 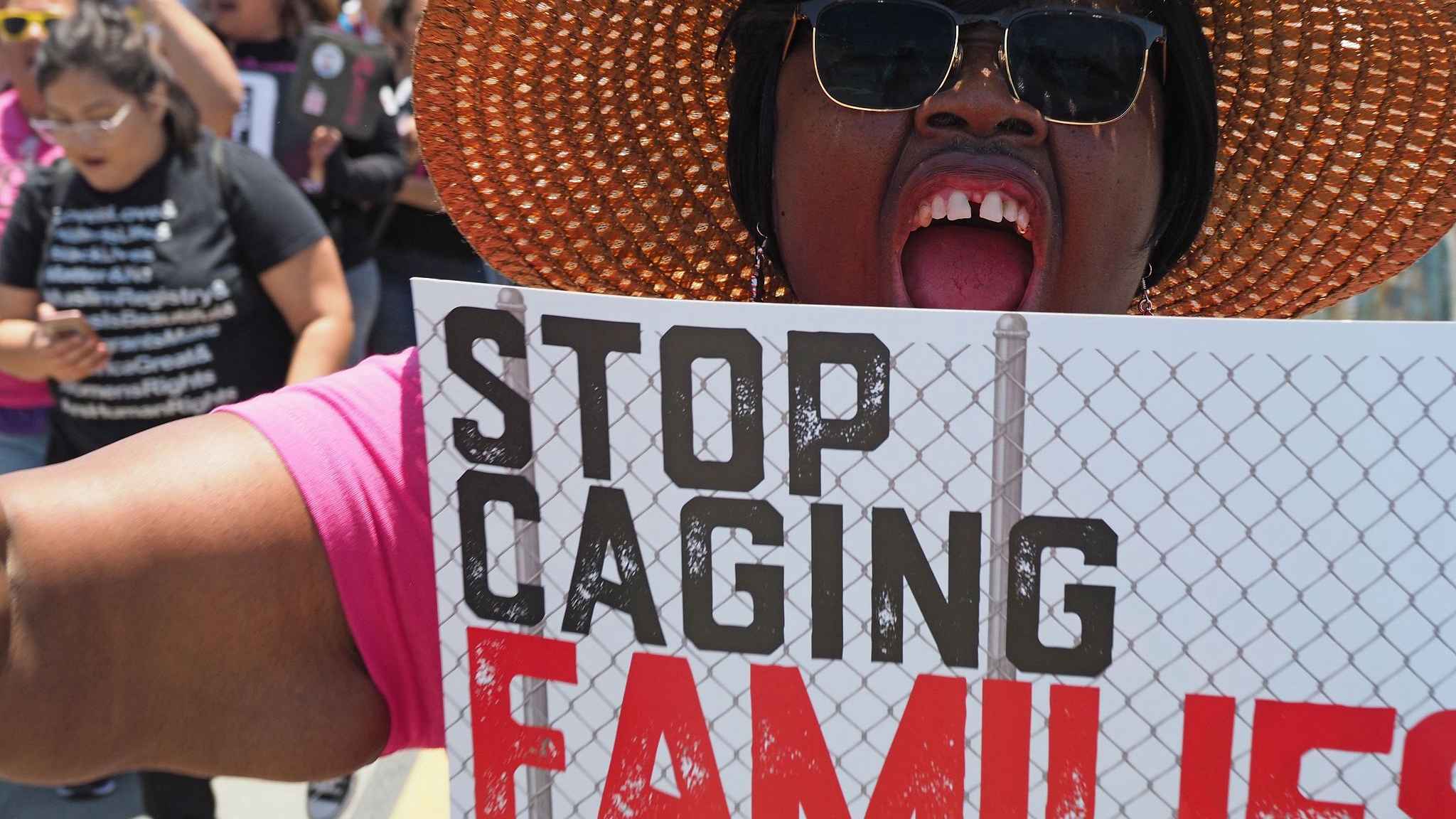 Protesters with signboards reading “Stop caging families” stood before a fence onto which some children’s shoes and keys were tied after their march while some were seen holding a piece of barbed wire in front of their face as a way to protest against the policy. /VCG Photo 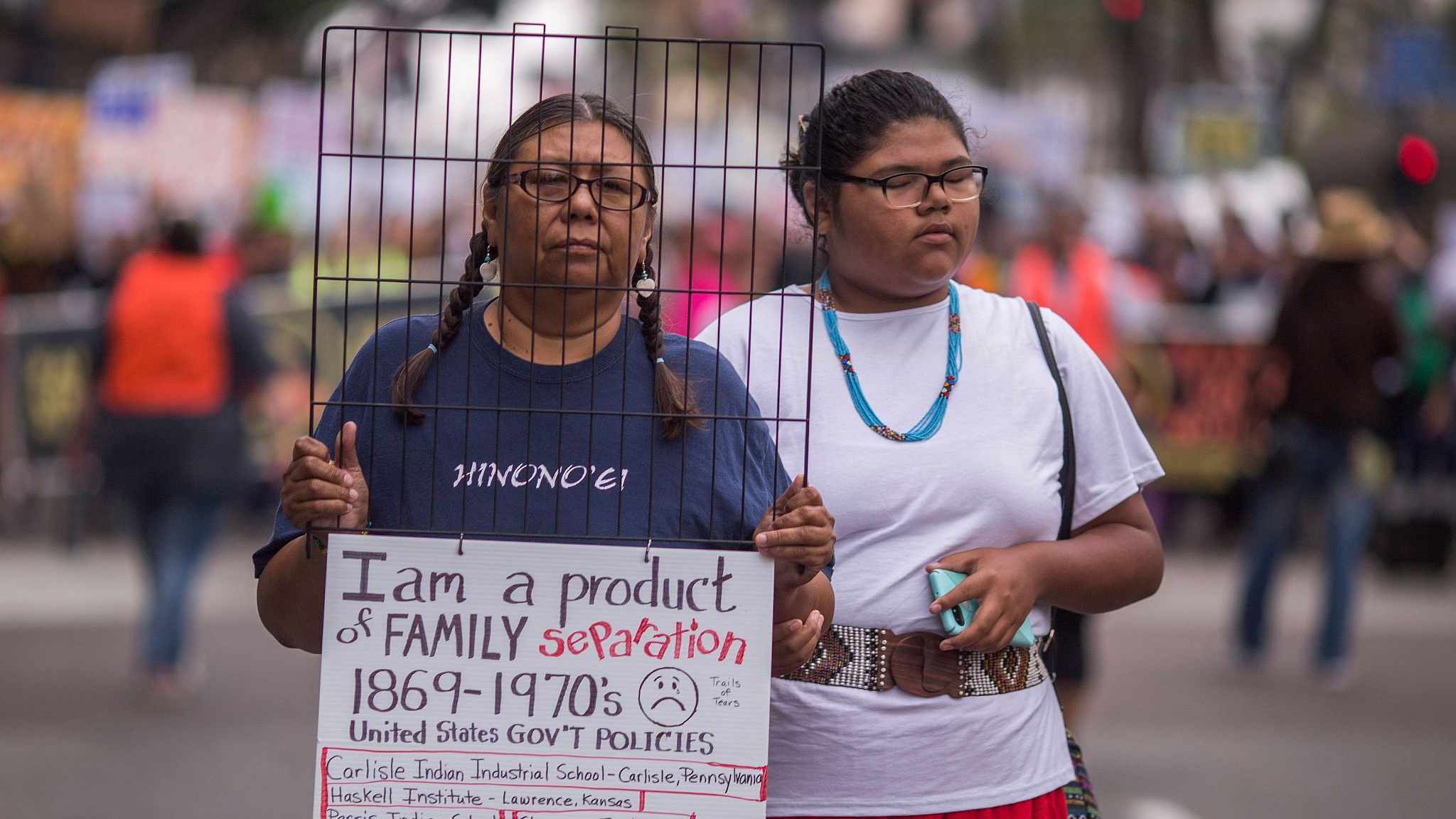 According to FOX, the policy has separated over 2,300 children from their parents though President Trump signed an executive order to end the separation at the border. The order reportedly does not include those who have parted from their parents. /VCG Photo