WORLD Dengue cases in Philippines surge to more than 200,000, with 882 deaths 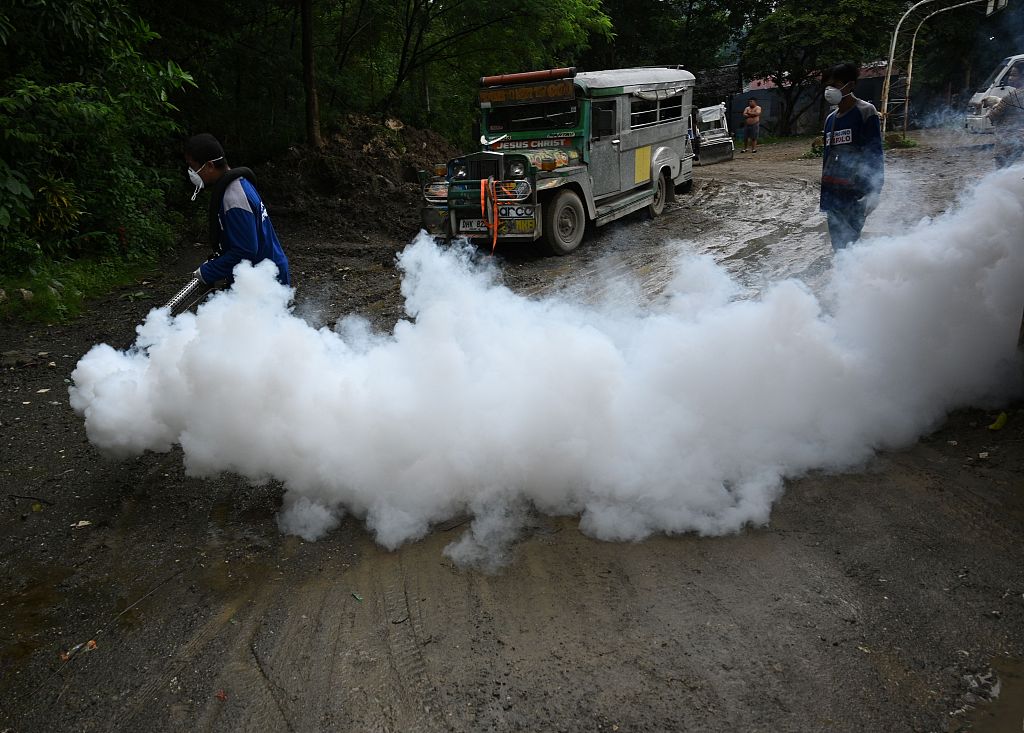 A municipal employee operating a fogging machine to kill mosquito larvae disinfects a roadside area to fight the spread of dengue at an interior village in the town of Antipolo town, Rizal province, east of Manila on August 30, 2019. (Photo: VCG)

The DOH said 10 regions across the Philippines, including the National Capital Region or Metro Manila, have already exceeded the threshold for an epidemic.

DOH data also showed the age group mostly affected by dengue are those from five to nine years old.

On Aug. 6, the Philippines declared the country's outbreak of dengue to be a national epidemic to improve the response to the outbreak by allowing local governments to draw on a special quick response fund.

The DOH has warned that the dengue cases will likely continue to rise until October because of the rainy season.

Dengue is a mosquito-borne viral infection found in tropical countries worldwide. It can cause joint pain, nausea, vomiting and a rash, and can cause breathing problems, hemorrhaging and organ failure in severe cases.