YANGON, Aug. 14 (Xinhua) - Forty eight people died and 10,757 others were infected by Dengue Hemorrhagic Fever (DHF) across Myanmar in the past seven months, according to a release from the Public Health Department under the Ministry of Health and Sports on Wednesday. 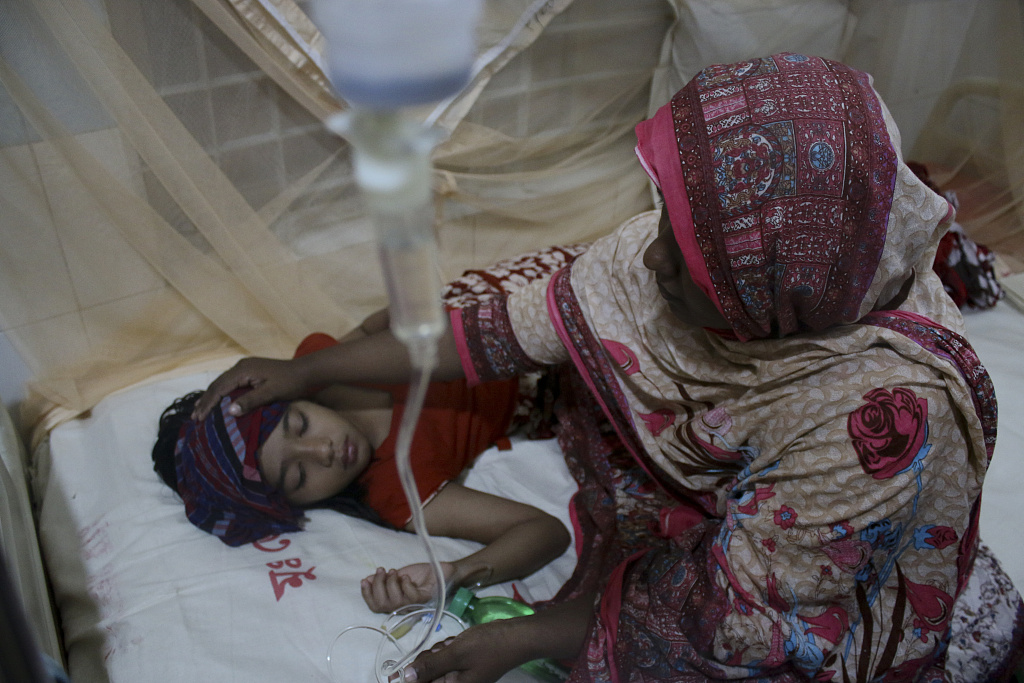 At least 2,326 dengue patients got admitted in hospitals across the country in 24 hours since 7 August, taking the total to 34,666 this year, according to the Directorate General of Health Services (DGHS). (Photo: VCG)

As of July 27, Ayeyarwady region registered highest numbers of DHF infection cases with 1,974 cases and five deaths, followed by Yangon region with 1,788 cases and 15 deaths, the department's figures said.

The figures showed that children aged between five and nine years old are mostly infected by the dengue virus with 4,473 cases registered during the period.

Dengue is a mosquito-borne viral infection causing a severe flu-like illness and, sometimes causing a potentially lethal complication called severe dengue. Dengue fever mostly occurs in the rainy season from June to August in the country.

People are warned to take preventions against the DHF transmission as  lack of sanitation, unhygienic water storage are blamed for causing the infectious disease.