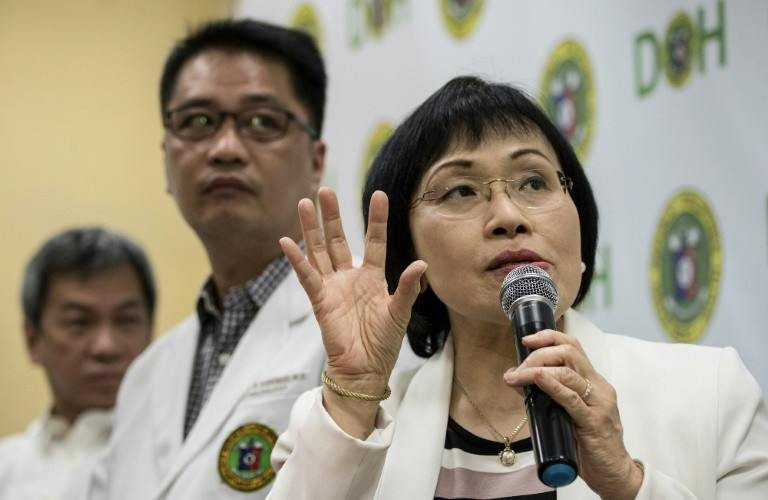 Widespread fears over a controversial dengue vaccine that some blame for child deaths are wreaking havoc on the Philippines' war on preventable diseases, with many parents refusing to get their children immunised, a senior health official said Friday.

Immunisation rates for polio, chicken pox, tetanus and other diseases are significantly down from previous years since the government suspended the sale and distribution of the Dengvaxia vaccine in December, Health Undersecretary Enrique Domingo told reporters.

The government is also investigating Dengvaxia's alleged role in the deaths of at least 14 children who were among the 830,000 who got the vaccine as part of the world's first public dengue immunisation programme in 2016-2017.

"Our programmes are suffering... (Filipinos) are scared of all vaccines now," Domingo said, adding that immunisation rates for some diseases are down to 60 percent, significantly lower than in recent years and below the target of 85 percent.

The Philippine government is concerned about the potential for epidemics because of lower immunisation rates, he said.

The Philippines has one of the highest dengue fatality rates in the world, with 732 deaths last year, it added.

Dengvaxia's manufacturer Sanofi disclosed in December, two months after the vaccination campaign was completed, that it could worsen symptoms for people who had not previously been infected with the virus.

The disclosure sparked nationwide panic, with some parents alleging the vaccine caused the deaths of their children.

"When you go to the communities, all the paediatricians are really heartbroken because all the patients -- the parents (and) the children -- feel that they are going to die," Domingo said.

Sanofi says no one has been proven to have died from the vaccine, but last month the French pharmaceutical giant agreed to reimburse the Philippine government for leftover doses.

The health department said Friday an inquiry into the deaths of 14 children injected with Dengvaxia found no direct proof it had caused any of the fatalities.

"(Three children) died from dengue even though they were given Dengvaxia -- vaccine failure was the possible cause in two of them," the department said in a statement.

Nine others died of reasons unrelated to dengue, while the cause of two other deaths could not be determined.

Asked if the vaccine itself caused the three deaths, Juliet Sio-Aguilar, the head of the inquiry, told reporters on Friday that while it could be possible, "we cannot categorically say."

Further studies on tissue samples are needed, she added.