An overwhelming majority of Danes, almost 67 percent, voted Wednesday in favour of joining the EU's common defence policy 30 years after opting out, results showed with 97 percent of ballots counted. 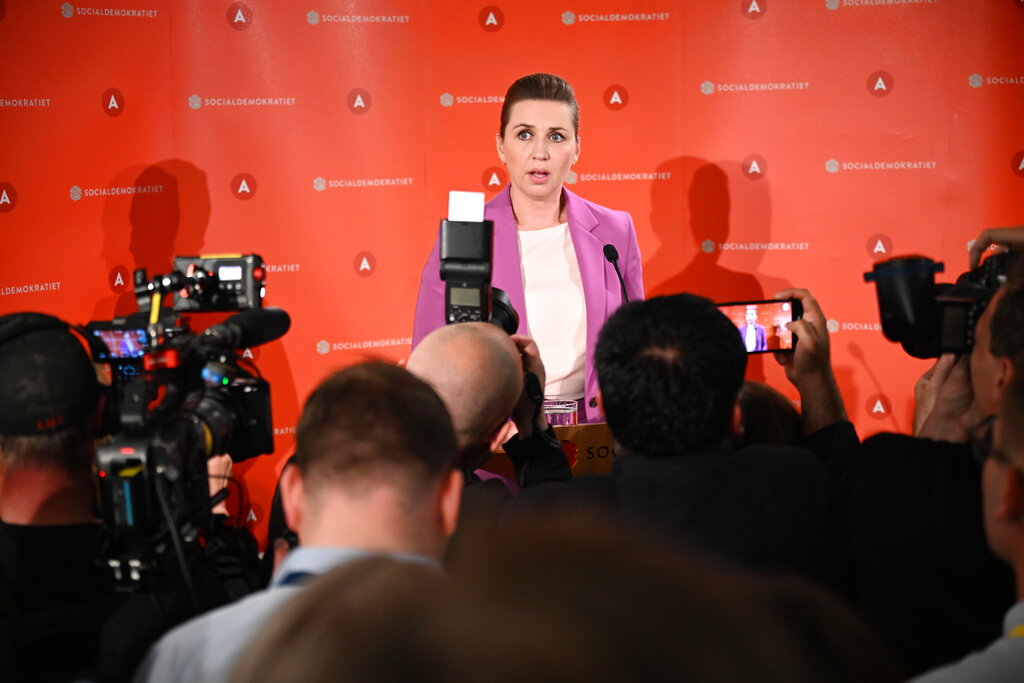 Mette Frederiksen, Danish Prime Minister and Chairman of The Social Democratic Party speaks to members of her party in the parliament in Copenhagen, Wednesday June 1, 2022. (Photo: AP)