Deportations stoke fears in US neighbors 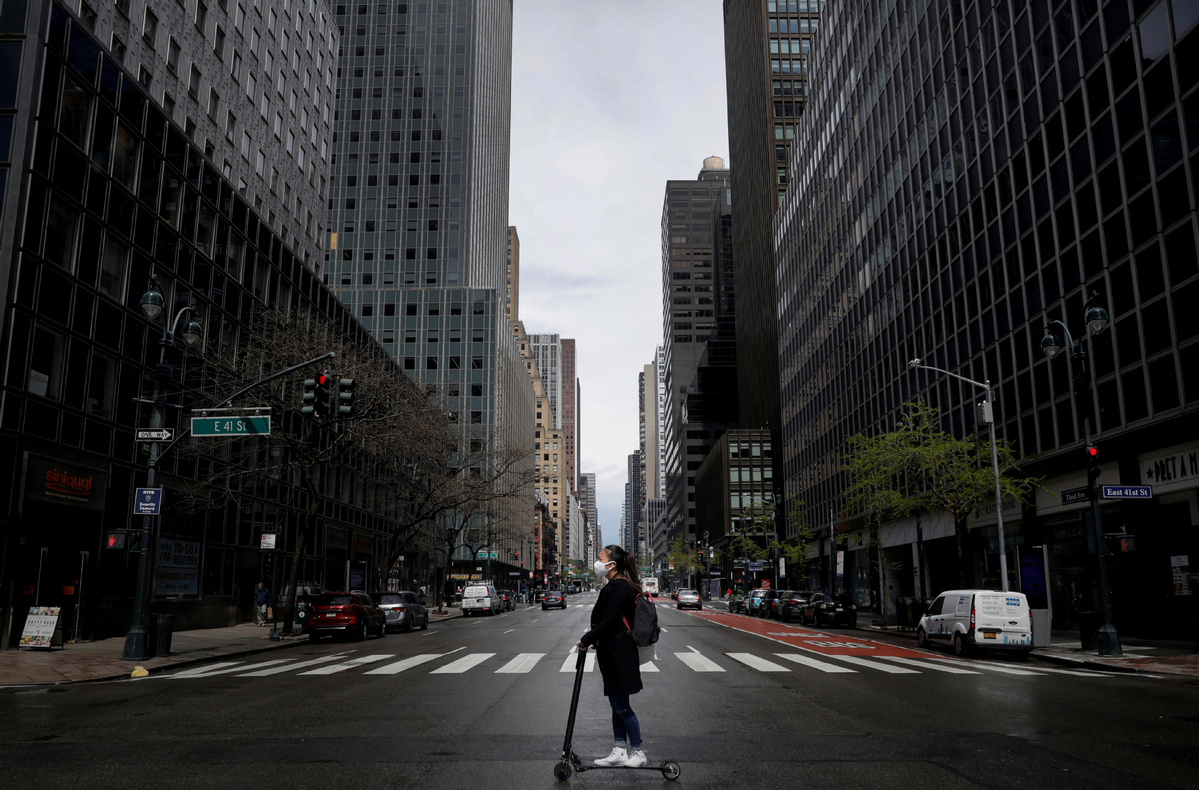 A woman wearing a protective face mask rides a scooter across a nearly empty 3rd Avenue in midtown Manhattan during the outbreak of the COVID-19 in New York City, New York, US, April 21, 2020. (Photo: Agencies)

The United States is pressing on with the deportation of thousands of migrants-some of whom have been infected with the coronavirus-to the most vulnerable countries in the Western Hemisphere despite widespread complaints and criticism, US media has reported.

The worrisome trend comes as US President Donald Trump said on Tuesday that the White House would temporally halt issuing green cards.

Pausing immigration "will help put unemployed Americans first in line for jobs as America reopens", he said in a White House news briefing.

Since the virus hit the US, immigration authorities have deported dozens of infected migrants, leaving governments across Mexico, Central America and the Caribbean struggling to respond, The Washington Post reported.

A Johns Hopkins University's tally shows that the US had reported 825,306 infections as of Wednesday morning, with 45,075 deaths.

In an email to media outlets, US Immigration and Customs Enforcement said it had deported 2,985 people in the first 11 days of April, without answering questions about continuing deportations during the pandemic.

Mexico and Haiti have reported COVID-19 infections among migrants deported recently from the US, officials said on Tuesday, in addition to the dozens of Guatemalans flown home by US customs since late March who tested positive for the coronavirus after returning.

In Mexico's Tamaulipas state, across the Rio Grande from the southern tip of Texas, officials say that the state is receiving roughly 100 deportees every day, some of whom are already sick when they arrive, The Washington Post reported.

On Monday, Tamaulipas state authorities said at least 15 migrants from a number of countries tested positive for the virus at a shelter in northern Mexico, adding they have been placed in isolation, according to a report from teleSUR, a Latin American multimedia platform.

On Sunday, Guatemalan President Alejandro Giammattei said 50 migrants deported by the US to the Central American country had tested positive, teleSUR reported.

The stepped-up border restrictions by the US have also left many children and teenagers arriving at the border without adult guardians, causing widespread criticism from human rights advocates.

In response, the Mexican government on Monday asked the US Department of Homeland Security to test deportees, while Guatemala has temporarily halted return flights from the US.

In a televised speech on Friday, Giammattei said that a suspension of deportation flights that began on Thursday would continue until the US was able to assure Guatemalan officials that deportees were being returned "free of the coronavirus", according to The New York Times.

In a separate development, US health officials on Tuesday confirmed that two people died with the coronavirus in California weeks before the first reported death in the US from the disease.

Santa Clara County officials said the people died at home on Feb 6 and Feb 17. The first reported death in the nation was on Feb 29 in Kirkland, Washington.

The Medical Examiner-Coroner received confirmation on Tuesday that tissue samples sent to the US Centers for Disease Control and Prevention tested positive, officials said.

The announcement came after California Governor Gavin Newsom promised a "deep dive" update on Wednesday of the state's ability to test for the virus and to track and isolate people who have it. That is one of the six indicators he says to lift a stay-at-home order which has forced millions of people to file for unemployment benefits.