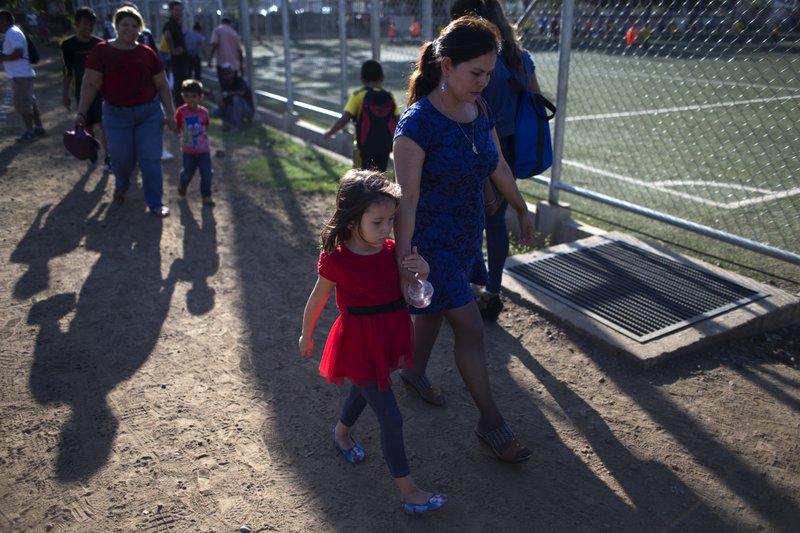 As the deportees were led off the plane onto the steamy San Salvador tarmac, an anguished Araceli Ramos Bonilla burst into tears, her face contorted with pain: “They want to steal my daughter!”

It had been 10 weeks since Ramos had last held her 2-year-old, Alexa. Ten weeks since she was arrested crossing the border into Texas and US immigration authorities seized her daughter and told her she would never see the girl again.

What followed — one foster family’s initially successful attempt to win full custody of Alexa — reveals what could happen to some of the infants, children and teens taken from their families at the border under a Trump administration policy earlier this year. The “zero-tolerance” crackdown ended in June, but hundreds of children remain in detention, shelters or foster care and US officials say more than 200 are not eligible for reunification or release.

Federal officials insist they are reuniting families and will continue to do so. But an Associated Press investigation drawing on hundreds of court documents, immigration records and interviews in the US and Central America identified holes in the system that allow state court judges to grant custody of migrant children to American families — without notifying their parents.

And today, with hundreds of those mothers and fathers deported thousands of miles away, the risk has grown exponentially.

States usually seal child custody cases, and the federal agencies overseeing the migrant children don’t track how often state court judges allow these kids to be given up for adoption. But by providing a child’s name and birthdate to the specific district, probate or circuit court involved, the AP found that it’s sometimes possible to track these children.

Alexa’s case began in November 2015 under the Obama administration, years before Trump’s family-separation policy rolled out. Her 15-month separation from her mother exposes the fragile legal standing of children under the care of the federal Office of Refugee Resettlement and a flawed, piecemeal system that can change the course of a child’s life

It took 28 minutes for a judge in a rural courthouse near Lake Michigan to grant Alexa’s foster parents, Sherri and Kory Barr, temporary guardianship. Alexa’s mother and the little girl’s immigration attorney were not even notified about the proceedings.

Based on their experiences with Alexa, the Barrs had become convinced that Alexa’s mom was a bad mother and that the little girl would be abused if she were reunited with her.

“My wife and I are sick over this,” Kory Barr told the judge, who wished him good luck as he granted the foster parents’ request two days after Christmas.

The federal system that had custody of Alexa says the state courts never should have allowed foster parents to get that far, no matter how good their intentions. But each state court system, from New York to California, runs wardship and adoption proceedings differently — and sometimes there are even variations between counties.

In Missouri, an American couple managed to permanently adopt a baby whose Guatemalan mother had been picked up in an immigration raid. That seven-year legal battle terminating the mother’s parental rights ended in 2014. In Nebraska, another Guatemalan mother prevailed and got her kids back, but it took five years and over $1 million in donated legal work.

The Office of Refugee Resettlement and Bethany Christian Services, the agency that placed Alexa in foster care, would not comment on her case. But Bethany said foster parents are informed they’re not allowed to adopt migrant children.

Since the 1980s, however, Bethany acknowledged that nine of the 500 migrant children assigned to its foster program have been adopted by American families. The children, ages 3 to 18, were adopted after it was determined it wouldn’t be safe or possible for them to go back to their families; at least one asked to be adopted by his foster parents, and another was a trafficking victim, Bethany said.

“We never want families to be separated,” Bethany CEO Chris Palusky said. “That’s what we’re about, is bringing families together.”

John Sandweg, who headed US Immigration and Customs Enforcement under the Obama administration, said he worries that many more migrant children recently taken from their families may never see them again.

“We have the kids in the US and the parents down in Central America, and now they’ll bring all these child welfare agencies into play,” Sandweg said. “It’s just a recipe for disaster.”

In Ramos’ darkest days, she would lay on her bed, stare at the ceiling and sob, her hand on her stomach.

“This girl, she was here, in my womb,” she said. “We are meant to be together. Always.”