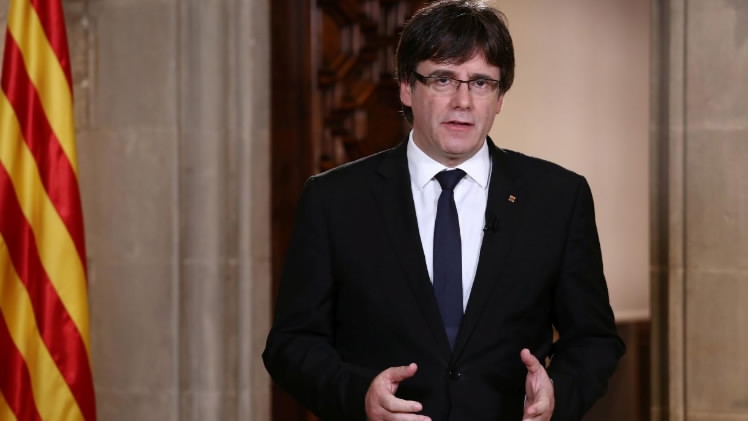 The deposed Catalan president Carles Puigdemont said here Tuesday at a press conference that he was not seeking political asylum, but to express himself from the capital of Europe.
Puigdemont, who has been in Belgium since Monday with five councilors, said at the press conference held in the Brussels Press Club, that he accepted the snap elections called by Spain's central government in Catalonia on Dec. 21.
However, he did not say how long he would stay in Belgium.
Catalan independence must be "slowed down" to avoid unrest, says the deposed Catalan president who insists that he does not want to drag his fellow citizens into a spiral of violence. "We have been forced to adapt our work plan to avoid violence."
Puigdemont has chosen to call on Belgian lawyer Paul Bekaert, who has 30 years of experience in extradition and political asylum. Paul Bekaert assured Tuesday morning that "the first contact" Monday was to prepare legally for what will be the attitude of Madrid towards his client.
Spain has been gripped by a crisis since a referendum, organised by Puigdemont's separatist government, was held on Oct. 1.

The Spanish judicial authorities announced on Monday that Puigdemont was being sued because of his unilateral declaration of independence last Friday. The sacked president is prosecuted for rebellion as well as sedition and misuse of public funds. He could face up to 30 years in prison.