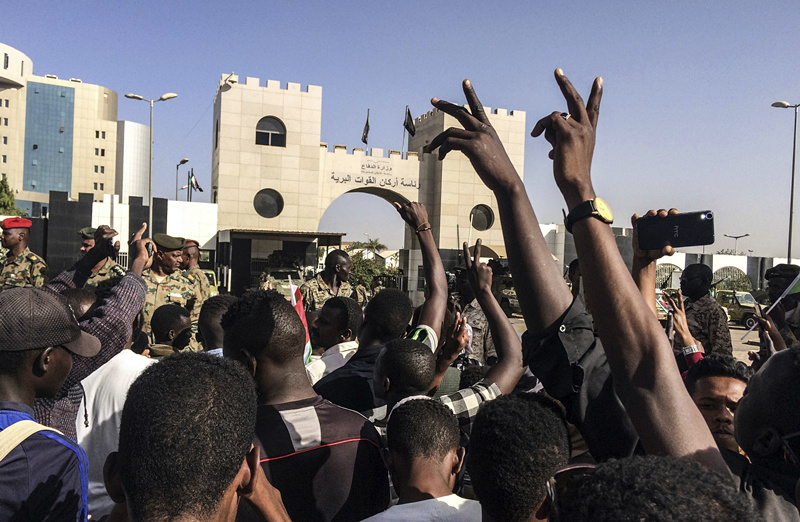 Sudanese demonstrators march with national flags as they gather during a rally demanding a civilian body to lead the transition to democracy, outside the army headquarters in the Sudanese capital Khartoum on Saturday, April 13, 2019. (Photo: AP)

"The deputy chairman acquainted the US diplomat with the development of the situations in the country, the reasons behind the formation of the transitional military council and the steps made by the council to preserve security and stability in Sudan," said the statement by presidential palace's press administration.

Koutsis, for his part, welcomed the role of the military council in achieving stability, stressing the importance of continued cooperation between the two sides to enhance the Sudanese-American relations, it said.

Sudan's transitional military council, which is chaired by Abdel-Fattah Al-Burhan, is tasked with running the country's affairs following the ousting of President Omar al-Bashir's regime.