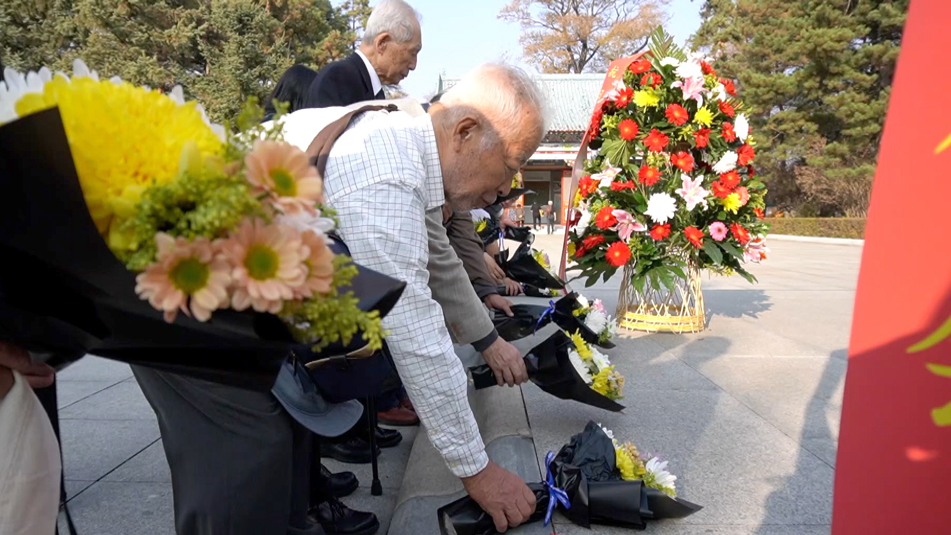 In 1940, General Yang Jingyu, who had conducted numerous campaigns in northeast China, was encircled and killed by the Japanese invaders, after five days in a lone battle and a critical lack of supplies. Ryuichiro Kishitani, the Japanese commander at the scene, gave the order to kill Yang.

The 84-year-old lady extended her sincere apology in the letter for the Japanese fascist invasion during World War Two, and also venerated the Chinese anti-war heroes.

As it is widely known, the Japanese soldiers had an autopsy after Yang's death and found only tree barks, cotton batting and grass roots in his stomach and not a single grain of rice. Ryuichiro Kishitani was reported to be shocked by the revelation and ordered his men to rebury Yang's body properly with a full funeral ritual and military honors, honoring Yang as "a true warrior." After Japan's defeat, Ryuichiro Kishitani committed "seppuku" and wrote in his will that "His Majesty might be wrong in launching this war."

"We should not simply take this letter as a confession from Mrs. Kishitani because we are not trying to intensify hatred," said Li Suzhen, the executive vice president of Japan-China Oral History Culture Research Association. Li believes it represents justice and also that true friendship between China and Japan is based on the recognition of history.

"I believe that China-Japan friendship will become more and more important from now on, to build a better world order of peace," said Wa Kishitani, "Let's join hands and work together."