When thousands of Afghans hoping to escape the incoming Taliban regime were cut off from Kabul airport last month, many started searching for alternative ways to flee. 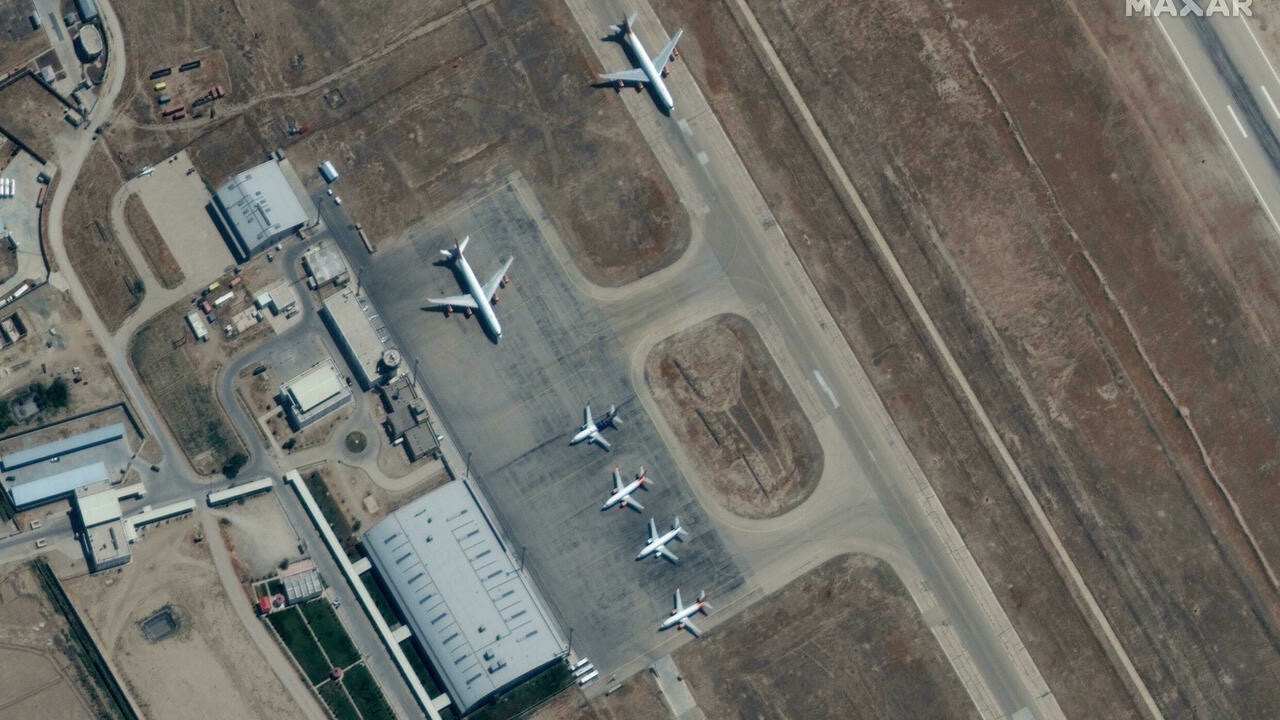 Many stranded people are hoping to leave Afghanistan on a flight out of the airport in the northern city of Mazar-i-Sharif. (Photo: AFP)

Hundreds made a daring dash for the airport at Mazar-i-Sharif -- a city some 300 kilometres (185 miles) to the north on a route that had become punctuated with Taliban checkpoints.

Some managed to board charter planes crowdfunded by individuals and businesses, but many others are still waiting for permission.

"Several hundred more are waiting in Mazar-i-Sharif," said Nama Vanier, from development and research firm Sayara, who has secured private funding for two Airbus A340 passenger jets for 680 Afghans.

"They are people from aid agencies, people who worked for foreign companies and journalists -- including a female reporter who suffered an assassination attempt," she added.

Vanier, who successfully helped 51 Afghans and their families board flights from Kabul, said the holdup often came from Washington.

"It is our impression that, if there was strong support from the American authorities, the Taliban would be accommodating," said Vanier.

Secretary of State Antony Blinken said the United States was working round the clock to facilitate the flights, but had limited on-ground resources.

"We've made clear to the Taliban –- that these charters need to be able to depart," he said Wednesday.

He said the United States was also pressing the Taliban to reopen Kabul airport for civilian flights so that those who want to can leave Afghanistan safely.

Marina LeGree, from women's rights group Ascend Athletics, is trying to evacuate a group of young Afghan women and their families.

"Nothing is moving," she said. "We feel sold out."

Eric Montalvo, a former US soldier and lawyer involved in the evacuation attempt from Mazar-i-Sharif, accused the United States of failing to deliver the paperwork needed for the Afghans to leave.

A frenzied two-week international airlift operation out of Kabul saw more than 123,000 foreign nationals and Afghans evacuated, before the last US soldier flew out ahead of an August 31 deadline to end their 20-year war.

Farid Ahmadi had been due to fly out on August 26 but hours before his flight, an Islamic State-Khorasan suicide bomber detonated outside the airport, killing scores of people.

In the middle of the night, Ahmadi got a call telling him to go to Mazar-i-Sharif instead.

He gathered his colleagues and their families, and together crowded onto a bus for a nine-hour ride.

"We told them we were going to a wedding," Ahmadi said. "All the families were afraid. The children weren't talking, they weren't playing."

Arriving in Mazar-i-Sharif, they laid low for three days.

Then, just hours before the last US soldiers left Afghanistan, Ahmadi's group got the green light, and their plane took off.

Behind the Mazar-i-Sharif flights lay a remarkable effort, sometimes down to the coordination of just a handful of determined individuals.

"We had friends, former colleagues, people who were at risk, who asked us for help -- but they were not on the lists of embassies," said Clemence Qint from Magenta, a consultancy company providing governance advice.

"So we started working on our own evacuations."

Facebook chartered one to airlift its employees, and others needing help.

"In the process of assisting Facebook employees and close partners to leave Afghanistan, we joined an effort to help a group of journalists and their families who were in grave danger," the social media giant said in a statement.

Mexico said it would welcome 175 Afghans, including more than 100 from the communications group that owns Tolo News, who plan to continue on to the United States.

"We spent three days telling each other that the flight was going to leave... then there was a bureaucratic barrier, an administrative barrier, or because someone didn't pick up their phone," said Qint.

Farid Ahmadi described the relief when the wheels of his plane finally took off from Mazar-i-Sharif.

"Everyone was crying," he said. "No one could believe we had done it."