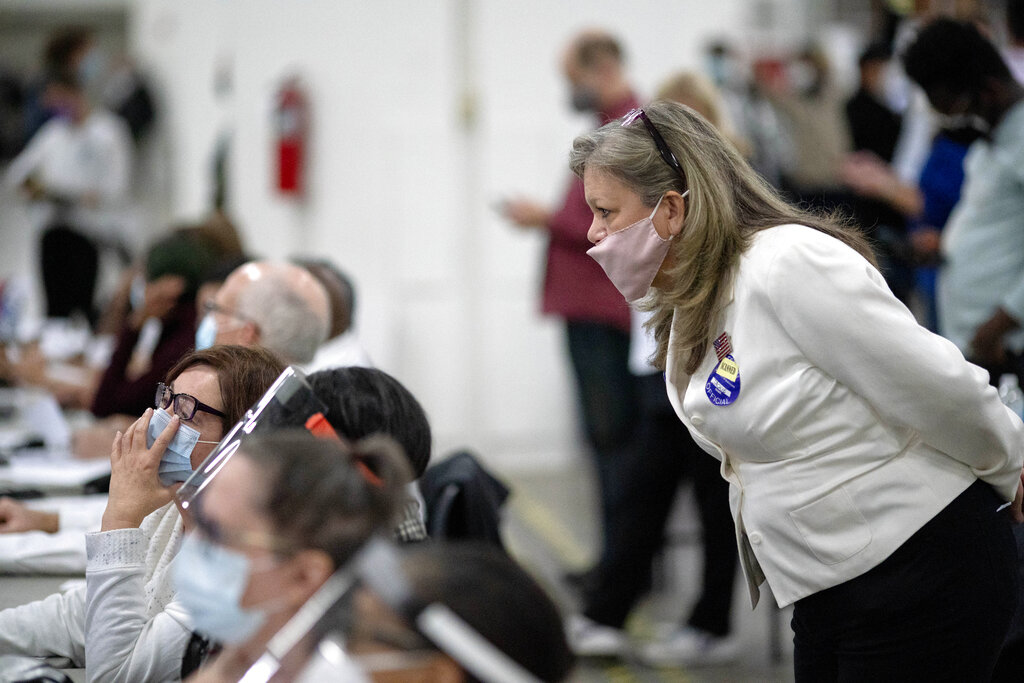 In this Nov. 4, 2020 file photo, a Republican election challenger at right watches over election inspectors as they examine a ballot as votes are counted into the early morning hours at the central counting board in Detroit. (Photo: AP)

The Wayne County Board of Canvassers acted after the 2-2 tie was condemned by Democrats and election experts as a dangerous attempt to overthrow the will of voters.

The board met after days of unsuccessful litigation filed by Republican poll challengers and President Donald Trump's allies. They claimed fraud during absentee ballot counting at a Detroit convention center, but two judges found no evidence and refused to stop the canvassing process.

Biden crushed Trump in Wayne County, a Democratic stronghold, by more than a 2-1 margin, according to unofficial results.