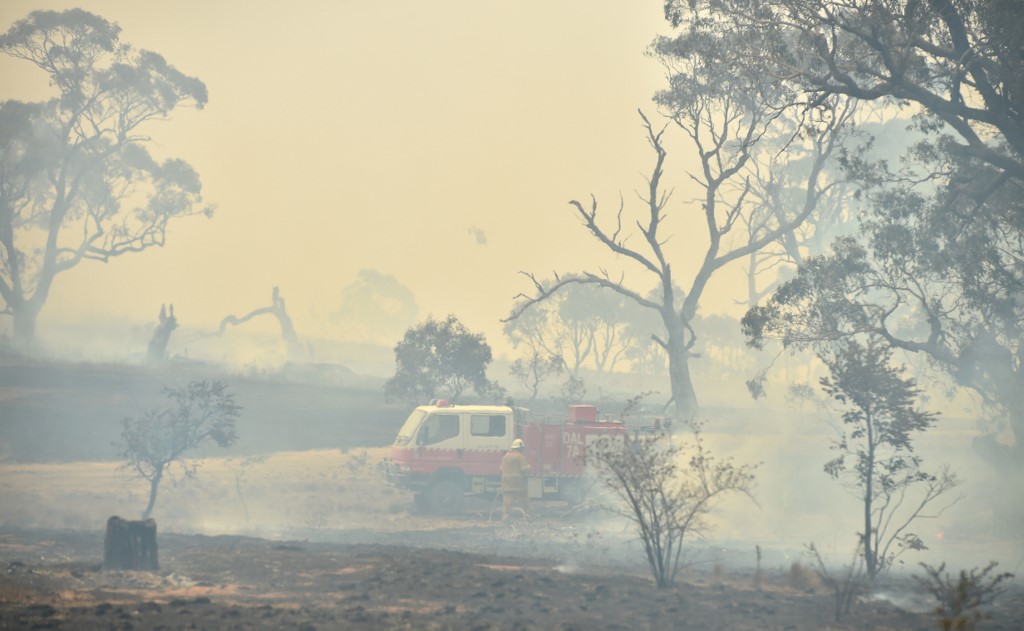 Firefighters fight a bushfire burning near the town of Bumbalong, south of Canberra on February 2, 2020. (File photo: AFP)

The Guardian recently published a federal government report on the environmental impact of the "Black Summer" bushfires, which killed more than 30 people and destroyed thousands of homes and businesses.

According to the report, the fires released 830 million tonnes of carbon dioxide (CO2) - 47 percent more than the 561 million tonnes emitted by Australia in the 12 months to March 2019.

The fires, which raged from September 2019 to February 2020, affected the area in an unprecedented way, with area burnt about 50 percent more than in any previous year dating back to 1850.

The report revealed that approximately 3.14 million hectares of burned area was in national parks while a further 3.6 million hectares was within native forests available for logging and "other conservation and natural environments."

However, it noted that forests are expected to make a "complete" recovery.

"The department will actively monitor the forest recovery from the bushfires to ensure that any future human disturbances, such as salvage logging, future fire disturbance and the impacts of changes in climate are taken into account," it said.

The report did not take into account the impact of the fires on hundreds of species.

A separate analysis released by the government in February found that 113 species were in need of urgent attention following the fires.