WORLD Did corporate greed fuel inflation? It's not biggest culprit

Did corporate greed fuel inflation? It's not biggest culprit

Furious about surging prices at the gasoline station and the supermarket, many consumers feel they know just where to cast blame: On greedy companies that relentlessly jack up prices and pocket the profits. 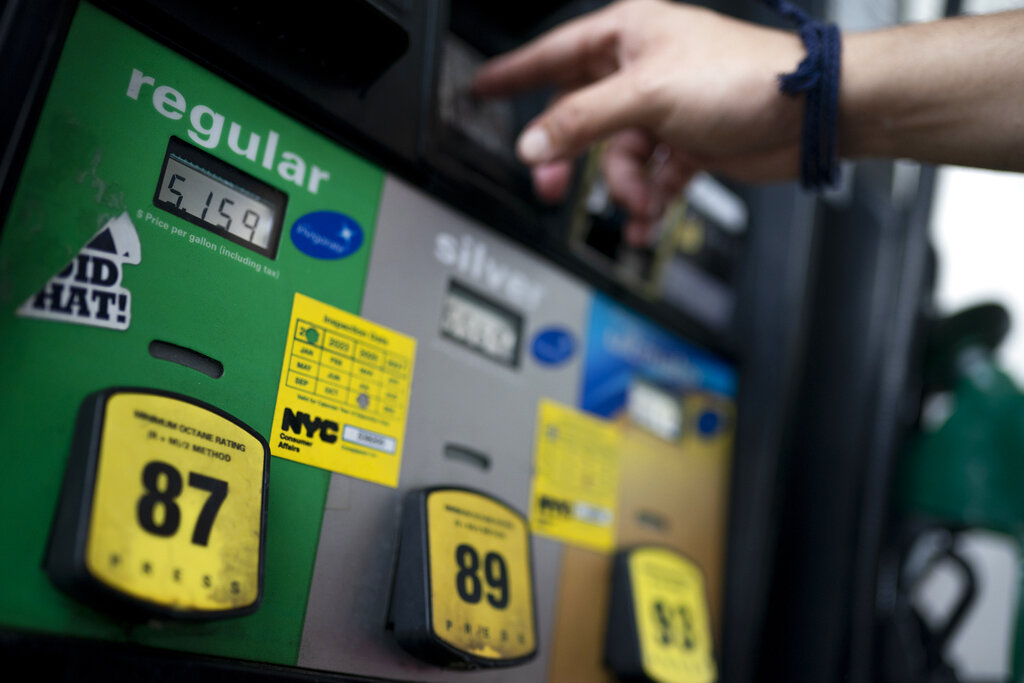 Responding to that sentiment, the Democratic-led House of Representatives last month passed on a party-line vote — most Democrats for, all Republicans against — a bill designed to crack down on alleged price gouging by energy producers.

Yet for all the public's resentment, most economists say corporate price gouging is, at most, one of many causes of runaway inflation — and not the primary one.

"There are much more plausible candidates for what's going on," said Jose Azar an economist at Spain's University of Navarra.

They include: Supply disruptions at factories, ports and freight yards. Worker shortages. President Joe Biden's enormous pandemic aid program. COVID 19-caused shutdowns in China. Russia's invasion of Ukraine. And, not least, a Federal Reserve that kept interest rates ultra-low longer than experts say it should have.

Most of all, though, economists say resurgent spending by consumers and governments drove inflation up.

The blame game is, if anything, intensifying after the U.S. government reported that inflation hit 8.6% in May from a year earlier, the biggest price spike since 1981.

To fight inflation, the Fed is now belatedly tightening credit aggressively. On June 15, it raised its benchmark short-term rate by three-quarters of a point — its largest hike since 1994 — and signaled that more large rate hikes are coming. The Fed hopes to achieve a notoriously difficult "soft landing" — slowing growth enough to curb inflation without causing the economy to slide into recession.

For years, inflation had remained at or below the Fed's 2% annual target, even while unemployment sank to a half-century low. But when the economy rebounded from the pandemic recession with startling speed and strength, the U.S. consumer price index rose steadily — from a 2.6% year-over-year increase in March 2021 to last month's four-decade high.

For a while at least — before profit margins at S&P 500 companies dipped early this year — the inflation surge coincided with swelling corporate earnings. It was easy for consumers to connect the dots: Companies, it seemed, were engaged in price-gouging. This wasn't just inflation. It was greedflation.

Asked to name the culprits behind the spike in gasoline prices, 72% of the 1,055 Americans polled in late April and early May by the Washington Post and George Mason University's Schar School of Policy and Government blamed profit-seeking corporations, more than the share who pointed to Russia's war against Ukraine (69%) or Biden (58%) or pandemic disruptions (58%). And the verdict was bipartisan: 86% of Democrats and 52% of Republicans blamed corporations for inflated gas prices.

"It's very natural for consumers to see prices rising and get angry about it and then look for someone to blame,'' said Christopher Conlon, an economist at New York University's Stern School of Business who studies corporate competition. "You and I don't get to set prices at the supermarket, the gas station or the car dealership. So people naturally blame corporations, since those are the ones they see raising prices.''

Yet Conlon and many other economists are reluctant to indict — or to favor punishing — Corporate America. When the University of Chicago's Booth School of Business asked economists this month whether they'd support a law to bar big companies from selling their goods or services at an "unconscionably excessive price'' during a market shock, 65% said no. Only 5% backed the idea.

Just what combination of factors is most responsible for causing prices to soar "is still an open question,'' economist Azar acknowledges. COVID-19 and its aftermath have made it hard to assess the state of the economy. Today's economists have no experience analyzing the financial aftermath of a pandemic.

Policymakers and analysts have been repeatedly blindsided by the path the economy has taken since COVID struck in March 2020: They didn't expect the swift recovery from the downturn, fueled by vast government spending and record-low rates engineered by the Fed and other central banks. Then they were slow to recognize the gathering threat of high inflation pressures, dismissing them at first as merely a temporary consequence of supply disruptions.

One aspect of the economy, though, is undisputed: A wave of mergers in recent decades has killed or shrunk competition among airlines, banks, meatpacking companies and many other industries. That consolidation has given the surviving companies the leverage to demand price cuts from suppliers, to hold down workers' pay and to pass on higher costs to customers who don't have much choice but to pay up.

Researchers at the Federal Reserve Bank of Boston have found that less competition made it easier for companies to pass along higher costs to customers, calling it an "amplifying factor'' in the resurgence of inflation.

Josh Bivens, research director at the liberal Economic Policy Institute, has estimated that nearly 54% of the price increases in nonfinancial businesses since mid-2020 can be attributed to "fatter profit margins," versus just 11% from 1979 through 2019.

Bivens conceded that neither corporate greed nor market clout has likely grown significantly in the past two years. But he suggested that during the COVID inflationary spike, companies have redirected how they use their market power: Many have shifted away from pressuring suppliers to cut costs and limiting workers' pay and have instead boosted prices for customers.

In a study of nearly 3,700 companies released last week, the left-leaning Roosevelt Institute concluded that markups and profit margins last year reached their highest level since the 1950s. It also found that companies that had aggressively raised prices before the pandemic were more likely to do so after it struck, "suggesting a role for market power as an explanatory driver of inflation.''

Yet many economists aren't convinced that corporate greed is the main culprit. Jason Furman, a top economic adviser in the Obama White House, said that some evidence even suggests that monopolies are slower than companies that face stiff competition to raise prices when their own costs rise, "in part because their prices were high to begin with.''

Likewise, NYU's Conlon cites examples where prices have soared in competitive markets. Used cars, for example, are sold in lots across the country and by numerous individuals. Yet average used-car prices have skyrocketed 16% over the past year. Similarly, the average price of major appliances, another market with plenty of competitors, jumped nearly 10% last month from a year earlier.

By contrast, the price of alcoholic beverages has risen just 4% from a year ago even though the beer market is dominated by AB-Inbev and spirits by Bacardi and Diageo.

"It is hard to imagine that AB-Inbev isn't as greedy as Maytag,'' Conlon said.

So what has most driven the inflationary spike?

Researchers at the Federal Reserve Bank of San Francisco estimate that government aid to the economy during the pandemic, which put money in consumers' pockets to help them endure the crisis and set off a spending spree, has raised inflation by about 3 percentage points since the first half of 2021.

In report released in April, researchers at the Federal Reserve Bank of St. Louis blamed global supply chain bottlenecks for playing a "significant role" in inflating factory costs. They found that it added a staggering 20 percentage points to wholesale inflation in manufacturing last November, raising it to 30%.

Still, even some economists who don't blame greedflation for the price spike of the past year say they think governments should try to restrict the market power of monopolies, perhaps by blocking mergers that reduce competition. The idea is that more companies vying for the same customers would encourage innovation and makes the economy more productive.

Even so, tougher antitrust policies wouldn't likely do much to slow inflation anytime soon.

"Right now, the patient is in the emergency room. Sure, diet and exercise are still a good thing. But we need to treat the acute problem of inflation.''