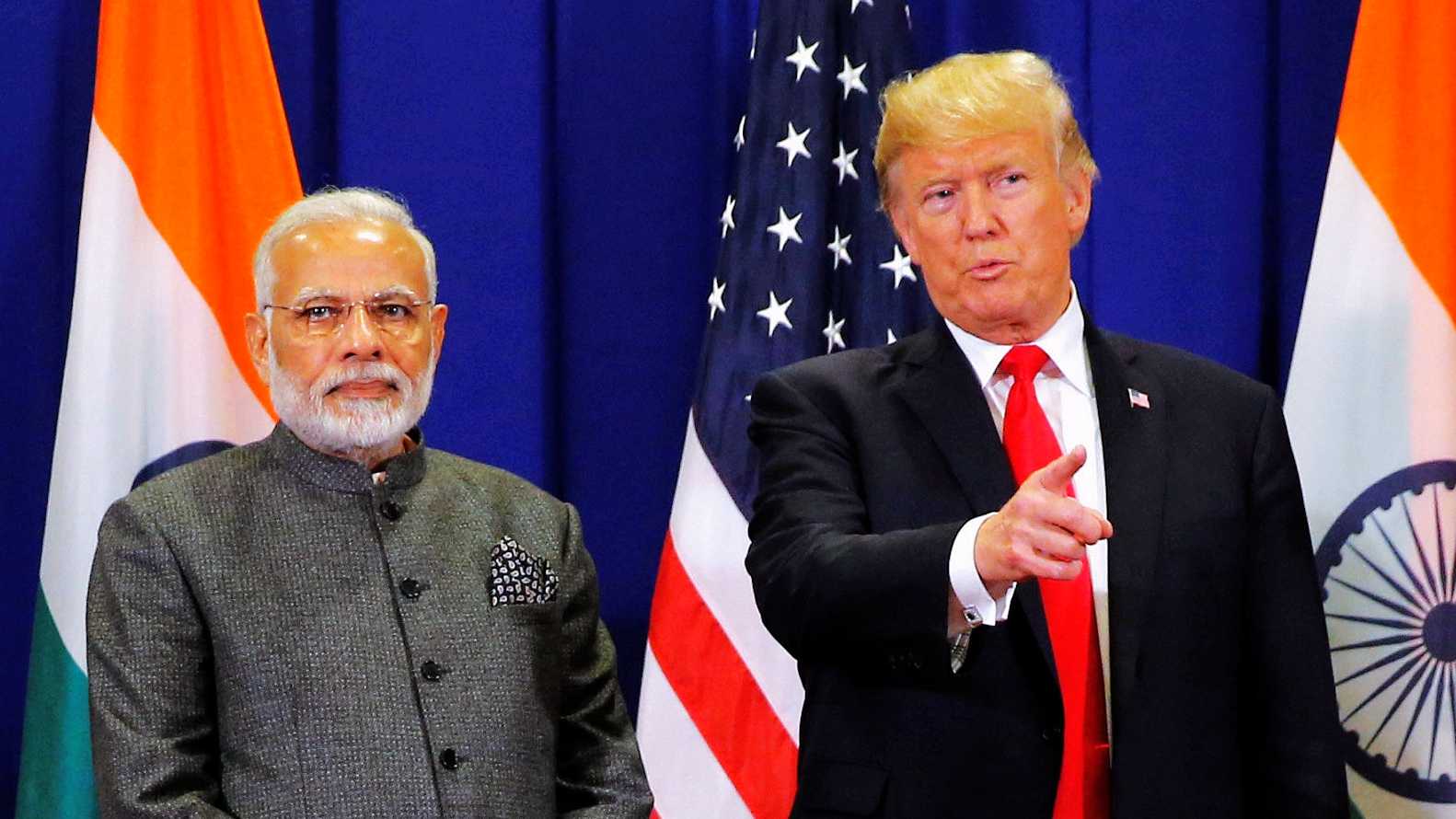 US President Donald Trump has reportedly turned down India's invitation to be the chief guest at the country's Republic Day celebrations in January next year, amid widening rift in bilateral ties over New Delhi's decision to continue defense purchases from Russiaand oil imports from Iran despite Washington's opposition.

India's leading newspaper The Times of India reported late Saturday that the US authorities have conveyed Trump's decision through a letter delivered to India's National Security Advisor Ajit Doval recently.

The letter is said to have comprised a "regret message" from Trump.

US President's domestic commitment, notably his State of the Union (SOTU) address, around that time of the year has been cited as the reason for not accepting India's invitation.

The SOTU, however, didn't prove to be a hurdle when former US President Barack Obama attended India's Republic Day celebrations as the chief guest in 2015.

Opinion: Will India ever align with the West?

"Trump turning down the invitation could be seen as a low point in India-US ties, despite the good rapport (Indian Prime Minister Narendra) Modi and he appear to have in public," Indian journalist Nidhi Razdan wrote in a piece for NDTV's website.

"Normally, formal invites to leaders for Republic Day are sent after the leader has already confirmed his or her attendance. Former diplomats have criticized the government for leaking the invitation letter to Trump before a confirmation," she said.

New Delhi had officially sent the Republic Day invitation to Trump in April this year which was confirmed by White House press secretary Sarah Sanders later in August.

"I know that the invitation has been extended, but I do not believe that a final decision has been made," Sanders had said then.

It was speculated that the US authorities would take a final call after the inaugural 2+2 dialogue between Indian and American defense and diplomatic officials in September.

However, the latest decision suggests that the US and India have not been able to iron out their differences over US sanctions against Russia and Iran.

US has threatened that countries trading with Russia's defense and intelligence sectors would face automatic sanctions under a sweeping legislation called Countering America's Adversaries Through Sanctions Act (CAATSA).

Ignoring the threat, India earlier this month signed a deal worth more than 5 billion US dollars to purchase formidable S-400 surface-to-air missiles from Moscow during Russian President Vladimir Putin's visit to New Delhi.

Also, after the unilateral US withdrawal from the landmark 2015 Iran nuclear deal, Trump administration gave a November 4 deadline to its allies and trading partners to completely halt the imports of Iranian oil.

New Delhi has disregarded the US warning of sanctions and in a clear indication of continuing trade with Iran, India's state refiners contracted import of 1.25 trillion tons of crude oil from the Persian Gulf country for the month of November, while preparing to replace US dollars with Indian rupee for such trade, Press Trust of India (PTI) reported.

"Iran has been off-and-on taking rupee payments for oil it sells. Iran uses this money to import medicines and other commodities from India. A similar arrangement is in works," PTI quoted a government official as saying.

India's Oil Minister Dharmendra Pradhan also reaffirmed New Delhi's commitment to boost oil trade with Iran, saying New Delhi did not know whether it would receive a waiver from US sanctions.

US State Department spokesperson Heather Nauert had said that India's decision to buy arms from Russia and import oil from Iran were "not helpful" and Washington was reviewing these "very carefully."

Nauert told a press conference that when Trump was asked about possible CAATSA sanctions against India he said, "India is going to find out."

"And India will find out. We'll see. So I'm not going to get ahead of him," she added.

India certainly has the reasons to speculate whether Trump's refusal of the Republic Day invite is a way to convey his displeasure over the increasing differences between New Delhi and Washington on geopolitical issues.