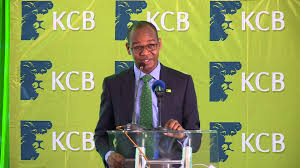 NAIROBI, Jan. 7 (Xinhua) -- After a season of high-spending during Christmas and New Year festivities, a good number of salaried Kenyans are almost broke, with many citizens complaining that January is the longest month of the year.

Debate on social media platforms and on the streets have seen Kenyans complaining that they have not paid rent and school fees while others have no bus fares or are skipping lunch.

Kenyans are calling January "Njaanuary", with the word having been coined from njaa, which means hunger in Kiswahili language.

January is, therefore, usually a "month of hunger" for working Kenyans, a majority who were paid as early as Dec. 20 last year.

Years back, broke Kenyans would rely on shopkeepers, banks, friends and savings groups to see them through January.

But the entrance of digital lenders has changed the status quo in the industry as Kenyans troop to the mobile phone loan apps this January for cash to see them through the tough month.

The apps have enabled those in need to take the loans quietly saving them the embarrassment of borrowing from friends, frequenting shylock's dens or begging savings groups members to offer them loans.

"I am a member of three loan apps and I have so far taken some 10,000 shillings (about 98 U.S. dollars) from one. My strategy is to borrow from the three credit providers at different times of the month until my salary comes," Simon Cheruiyot, an insurance agent in the capital Nairobi, said on Monday.

Cheruiyot explained that the lender expects him to clear his loan in 14 days, therefore, when the period is about to lapse, he would borrow from another app to repay.

Knowing that January is a month to reap, the digital credit lenders have intensified their advertisements in the Kenyan media and on social media.

"No school fees, gas is over, don't tense. Take our loan," one loan app advertises.

Another lender tells borrowers to "get financial independence" this January by taking loans at affordable rates.

A survey on social media on Monday indicated that the digital lenders have been inundated by queries since late December from customers seeking to borrow.

"I already got cleared by the credit reference bureau after repaying my earlier loan and my loan limit is 100 dollars, why is it that I can no longer borrow?" Joash asks one of the lenders on Twitter.

"I am frustrated that I cannot get a loan having been mistakenly enlisted as a defaulter in 2016. I was later cleared but why I am I being punished to date. I need a loan," pleased Cliff Ruto with the lender.

Bernard Mwaso, a consultant with Edell IT Solutions, noted that January is a peak season for digital lenders because of the high-spending during the festive season.

"Most companies pay people salaries early for Christmas and a majority end up over-spending, but as usual, technology has always saved mankind. That is what mobile loans are doing," he said.

He added that despite the high interest rate of up to 15 percent for two weeks, digital lenders are better than shylocks or even some banks, which demanded car log books or land title deeds as collateral even for small loans.

The digital lenders are determining the amount to offer their customers based on one's usage of mobile money.

There are some 50 digital credit service providers in the east African nation with about seven million Kenyans using the service, according to the Central Bank.