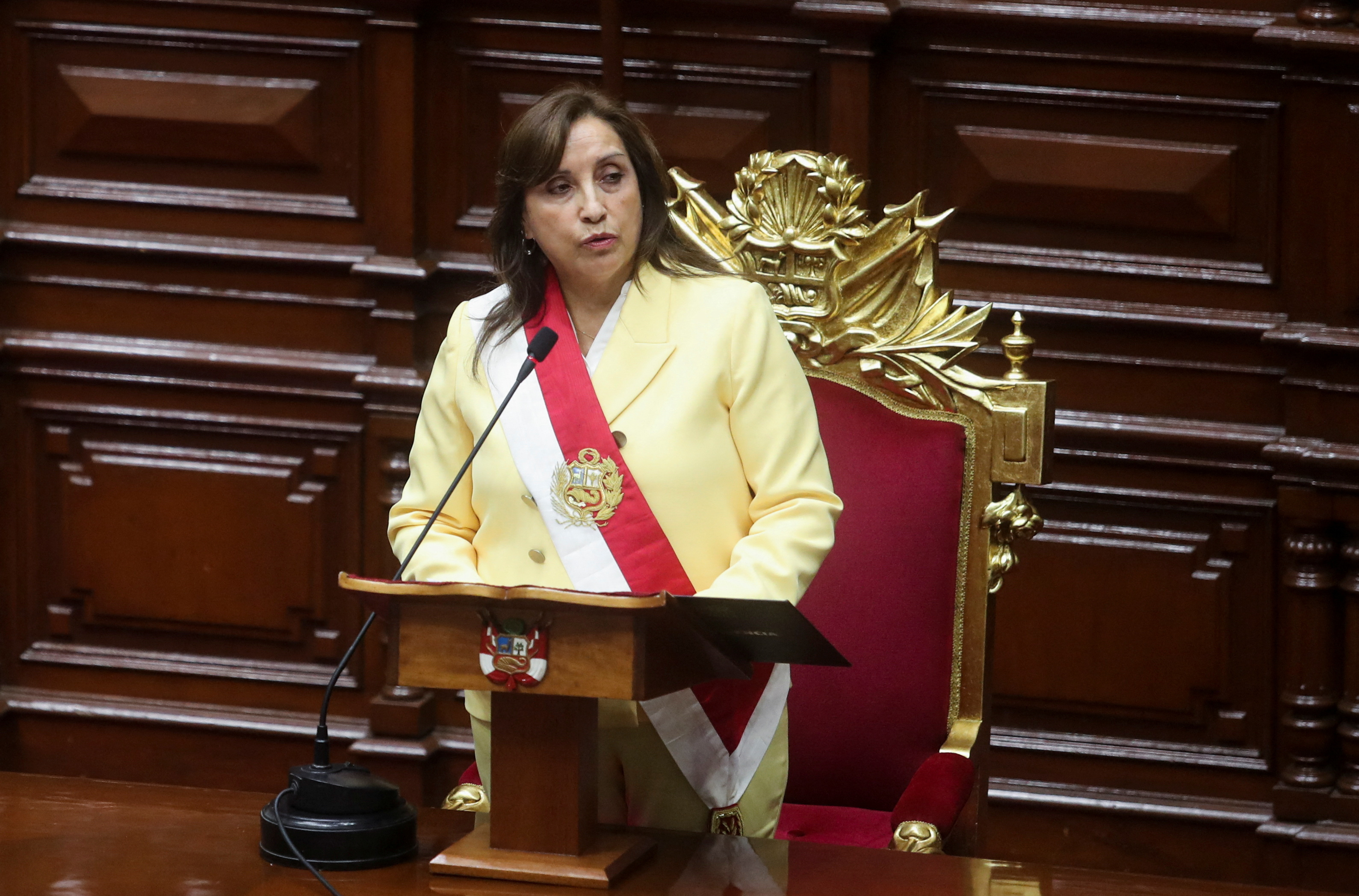 LIMA, Dec. 7 (Xinhua) -- Peru's Congress on Wednesday swore in Vice President Dina Boluarte as the country's new president, making her the first woman to assume the presidency in the history of the Andean nation.

"I, Dina Ercilia Boluarte Zegarra, swear by God, by the homeland and by all Peruvians, that I will faithfully exercise the office of President of the Republic that I assume in accordance with the Political Constitution of Peru, from this moment until July 26, 2026," she said.

During a solemn session in the Chamber of Congress, Boluarte made her first speech to the nation, in which she called for a "political truce" and the installation of a "national unity" government.

All sectors will contribute to forming a cabinet "where all democratic forces are represented," she added.

Boluarte was sworn in after Congress impeached Pedro Castillo just hours after he unsuccessfully attempted to dissolve the legislature. Castillo, who was detained Wednesday afternoon by security forces, has said earlier that the impeachment motion approved by the opposition-led Congress "is part of the political game" against him.

Born in Chalhuanca in the southern region of Apurimac, Boluarte, 60, is a trained lawyer with a master's degree from the San Martin de Porres University.

In 2021, she assumed the vice presidency and also served as minister of development and social inclusion.