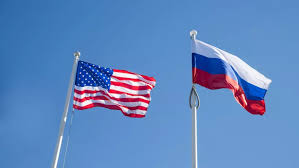 A US diplomat on Monday visited an American jailed in Moscow for nearly a year on spying charges and said he is in good condition mentally.

Paul Whelan was arrested at a Moscow hotel at the end of last year and charged with espionage. He faces 20 years in prison if convicted, but the case has yet to go to trial.

American officials have complained about the delay and say investigators have produced no evidence against Whelan, a Michigan resident who also holds Canadian, British and Irish citizenship.

Diplomats from those three countries visited him Monday along with Bart Gorman, the US deputy chief of mission.

“Paul seems to be in reasonably good spirits” Gorman said. However, he said that Whelan’s repeated requests to telephone his parents have gone unanswered.

“We call on the Russian government to allow Paul to make a phone call to his mother and father for Christmas and the New Year,” Gorman said.