Direct shipping of goods between Ireland, continental Europe on rise amid Brexit fears 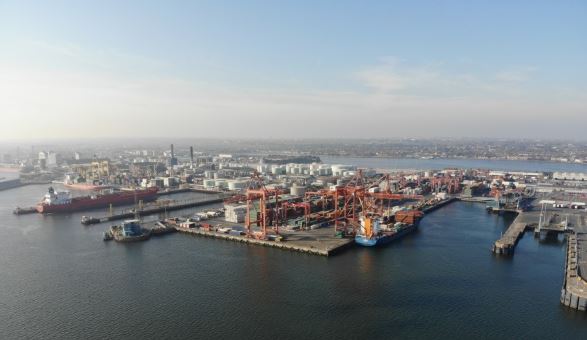 DUBLIN, March 30 (Xinhua) -- The direct shipping of goods between Ireland and the continental Europe has witnessed a marked increase as more companies choose to bypass British ports amid Brexit fears, local media RTE reported on Friday.

The report quoted local port authorities as saying that currently two-and-a-half times more goods move on direct routes from Dublin than via the UK landbridge and that number is expected to increase.

The UK landbridge refers to Britain as a bridge linking Ireland and the European mainland over the sea.

An estimated 150,000 Irish trucks and three million tonnes of goods travel through Britain for export to the European Union each year, according to the report.

"We're starting to see alternatives developing...over the landbridge as people grow concerned about the issue," the report quoted Eamonn O'Reilly,CEO of Dublin Port, as saying.

"The growth in Dublin Port has been phenomenal. Over the last six years alone we've seen 36% growth, and we anticipate that demand for direct services between Dublin Port and continental Europe will increase further after Brexit," said O'Reilly.

Dublin Port is the busiest sea port in Ireland, which handles approximately two-thirds of the country's annual port traffic.

The port announced on Friday that CLdN, a Luxembourg-based short-sea roll-on/roll-off (Ro-Ro) shipping company, has added its newly built ship "MV Laureline" onto its direct Ro-Ro freight service from Dublin Port to the Continental European ports of Zeebrugge in Belgium and Rotterdam in the Netherlands.

The decision by CLdN is a vote of confidence in Irish ports amid the Brexit chaos, said O'Reilly.