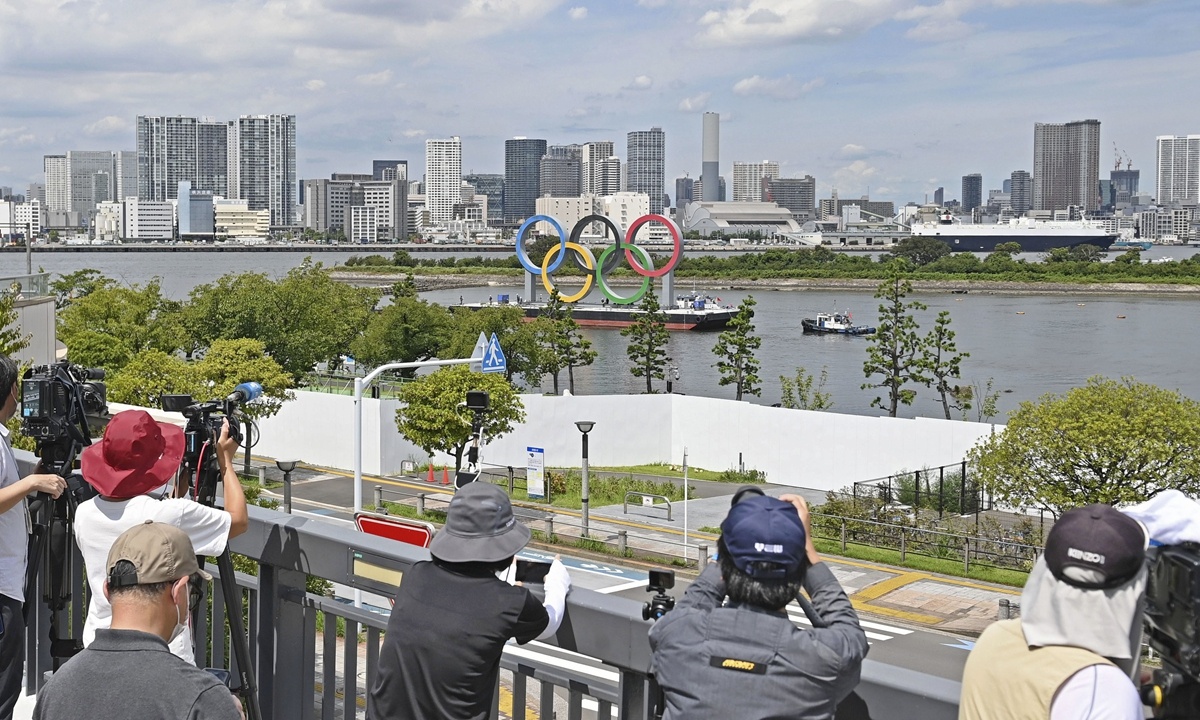 Local media take footage of the removal of the Olympic rings monument in Tokyo's Odaiba waterfront area on Wednesday, three days after the closing ceremony of the Tokyo Olympics. (Photo: AFP)

A global campaign aimed at ending discrimination against the world's 1.2 billion people with disabilities kicked off Thursday spearheaded by Paralympic chiefs and backed by a broad group of international organizations.

The campaign, called WeThe15, aims to "be the biggest ever human rights movement," representing the 15 percent of the world's population to have a disability.

Backed by corporate muscle and bringing together organizations from the worlds of sport, human rights, policy, and arts and entertainment, the launch comes less than a week before the Tokyo Paralympics open on Tuesday.

"We believe that it's really going to be a game-changer," International Paralympic Committee head Andrew Parsons told AFP.

"The fact that the Paralympics are in Tokyo can be a platform for that. It's incredible."

The campaign aims to emulate other human rights movements such as Black Lives Matter and #MeToo, and comes with a slick visual identity based on the color purple.

More than 125 landmarks around the world - from New York's Empire State Building to Rome's Colosseum - are expected to be lit up in purple on Thursday.

"We want to put disability at the heart of the inclusion agenda," said IPC chief brand and communications officer Craig Spence. "There has been so much progress in recent years in terms of ethnicity, gender, sexual orientation. But disability has been forgotten about, despite the fact that it intersects those three areas."

Social media companies are also on board, and celebrities from former soccer star David Beckham to chat show queen Oprah Winfrey have thrown their weight behind the campaign. Prince Harry's Invictus Games Foundation is also involved.

The campaign is planned to run for a decade, with each year focusing on a different aspect of discrimination faced by people with disabilities, including in employment and education.

The launch comes days before the opening of the Paralympics, which organizers say is a force for promoting the inclusion of people with disabilities and raises awareness about discrimination.

The IPC expects billions to watch the Tokyo Paralympics, boosted by free-to-air coverage of the event provided to sub-Saharan African countries.