HOUSTON, June 6 (Xinhua) -- U.S. state Texas Governor Greg Abbott on Thursday renewed disaster declaration for dozens of counties affected by Hurricane Harvey that struck the state in the summer of 2017. 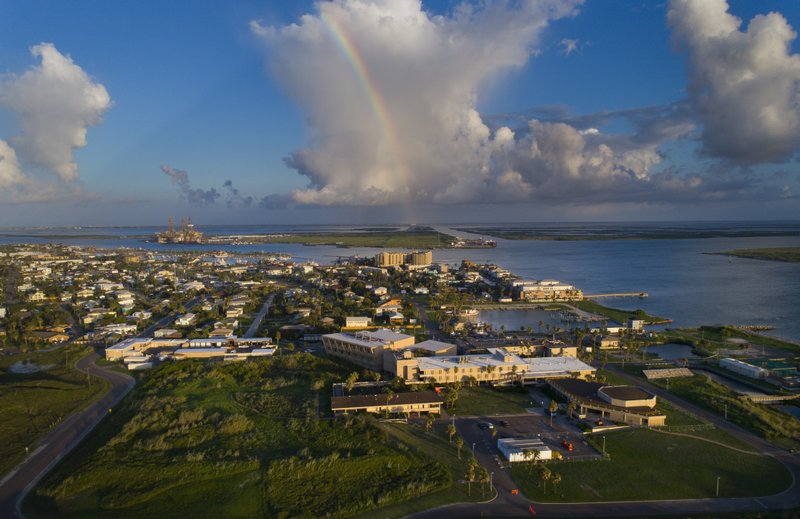 In this Monday, Sept. 24, 2018 file photo, a rainbow arcs over the campus of The University of Texas Marine Science Institute (UTMSI), in Port Aransas, Texas. (Photo: AP)

Abbott issued the proclamations renewing the disaster declaration for 60 counties in Texas, stating that the renewal was because the catastrophic damage caused by Hurricane Harvey "continues to exist."

In the statement from the governor's office, Abbott said:" I authorize the use of all available resources of state government and of political subdivisions that are reasonably necessary to cope with this disaster."

Harvey made landfall on Aug. 25, 2017 at a Mexico Gulf coastal town in southeastern Texas as a Category 4 hurricane and stalled. As the most powerful tropical storm to have hit Texas in more than 50 years, it dropped heavy rain and caused record catastrophic flooding in Houston and the surrounding region.