Dismissal of US government official criticized 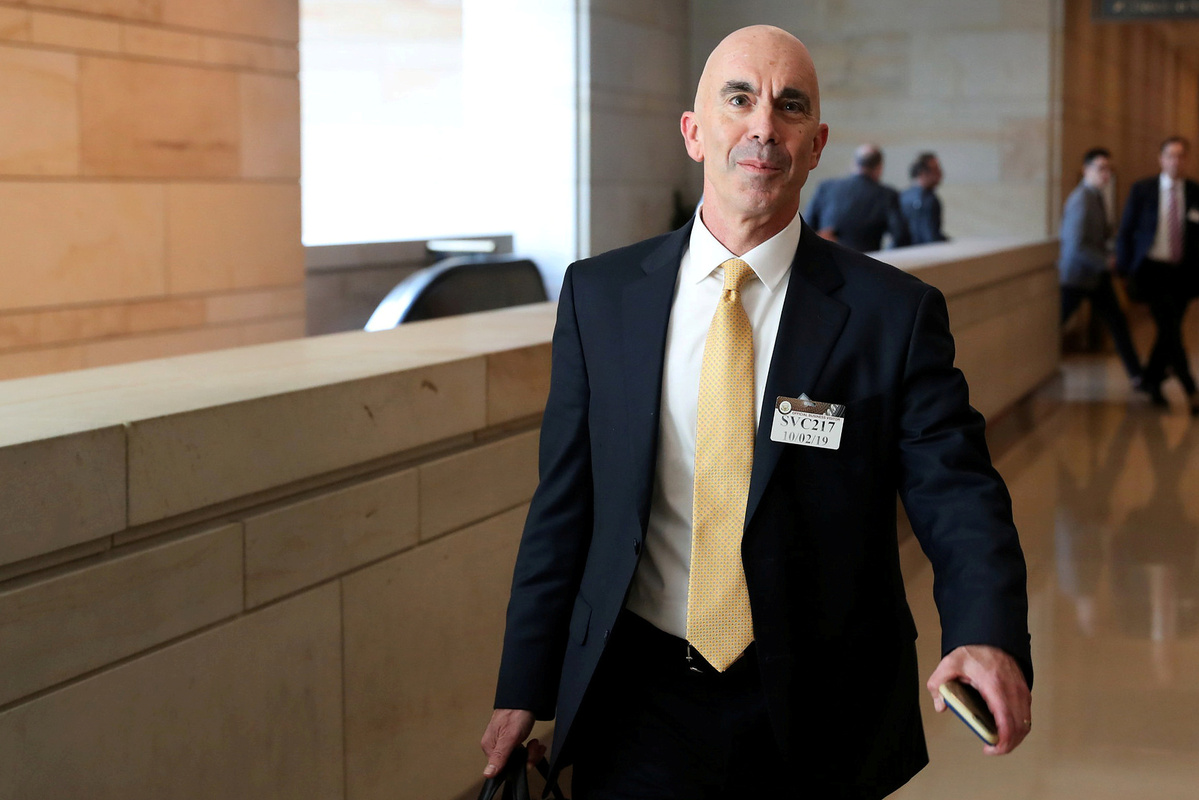 US State Department Inspector General Steve Linick departs after briefing House and Senate Intelligence committees at the US Capitol in Washington, US, Oct 2, 2019. (Photo: Agencies)

Congressional Democrats have launched an inquiry into US President Donald Trump's "politically motivated" dismissal of a government watchdog.

The announcement came on Saturday after Trump told House of Representatives Speaker Nancy Pelosi late Friday that he planned to dismiss Steve Linick, who began his tenure as the State Department Inspector General in 2013.

Pelosi said on Friday that Trump's decision "has accelerated his dangerous pattern of retaliation against the patriotic public servants charged with conducting oversight on behalf of the American people".

The California Democrat warned that the action will set back the Office of Inspector General's duties to perform "critical audits, investigations and inspections of US embassies and programs around the world "during the coronavirus pandemic.

Eliot Engel, who heads the House Foreign Affairs Committee, said he had learned that Linick had opened an investigation into Pompeo.

"Linick's firing amid such a probe strongly suggests that this is an unlawful act of retaliation," the congressman said.

A Democratic congressional aide, speaking on condition of anonymity, said Linick was probing complaints that Pompeo misused a political appointee to perform personal tasks for himself and his wife, Susan Pompeo.

CNN, citing a senior State Department official, reported that it was Pompeo himself who had recommended the firing and who hand-picked Stephen Akard, a former aide to Vice-President Mike Pence, to succeed Linick.

Walter Shaub, who resigned as director of the US Office of Government Ethics six months into Trump's presidency, tweeted on Saturday that "Trump has waged war on oversight and accountability from day one, and this purge is a dangerous escalation".

"Downplaying Trump's assault on the primary internal integrity mechanism is a game of trying to look bipartisan or nonpartisan in defiance of the facts."

"A general lack of confidence simply is not sufficient detail to satisfy Congress."