Disney to lay off more employees as pandemic hurts businesses

WASHINGTON, Nov. 27 (Xinhua) -- Walt Disney Co. on Thursday unveiled its plan to shed about 32,000 employees, up from previously announced 28,000 job cuts in September, as the COVID-19 pandemic takes a heavy toll on its theme park businesses. 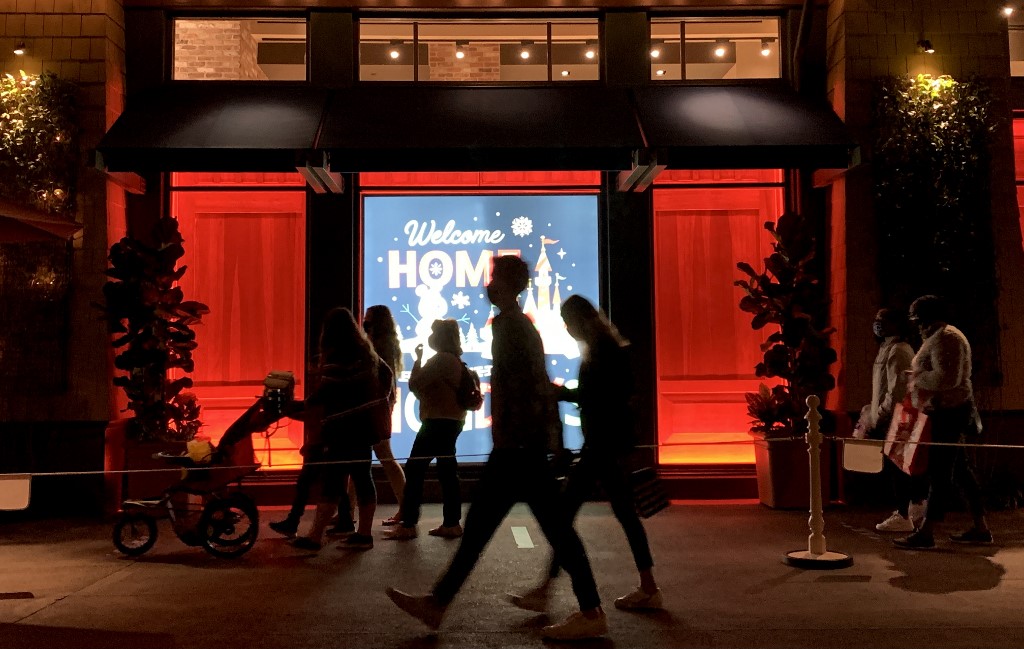 People visit Disneyland where parts of the park opened today for more retail and dining as an extension of the Downtown Disney District in Anaheim, California on November 19, 2020. (File photo: AFP)

The redundancies will take place in the first half of 2021, most of which will come in the company's theme park division, according to the entertainment giant's filing with the U.S. Securities and Exchange Commission.

Disney said it is considering cutting its investments in film productions and TV content, halting capital spending and furloughing more staff besides layoffs. However, thousands of workers have already been laid off or furloughed by the company.

Disney owns two theme parks in the United States, one in Southern California and the other in Florida.

The California-based park is still shut due to the pandemic, and it remains uncertain when the state will allow park's reopening. The flagship park used to see millions of visits annually and ranks the second highest in Disney theme park attendance worldwide.

Theme parks in Florida and those outside the United States without major outbreaks reopened earlier this year, but safety measures including capacity limit, social distancing, facial coverings and temperature screening need to be observed.