WORLD Disney to shut California parks through March over coronavirus

Disney to shut California parks through March over coronavirus

LOS ANGELES - Walt Disney Co will close its Disneyland and California Adventure theme parks in Southern California from Saturday through the end of the month due to the global outbreak of coronavirus, the company said on Thursday. 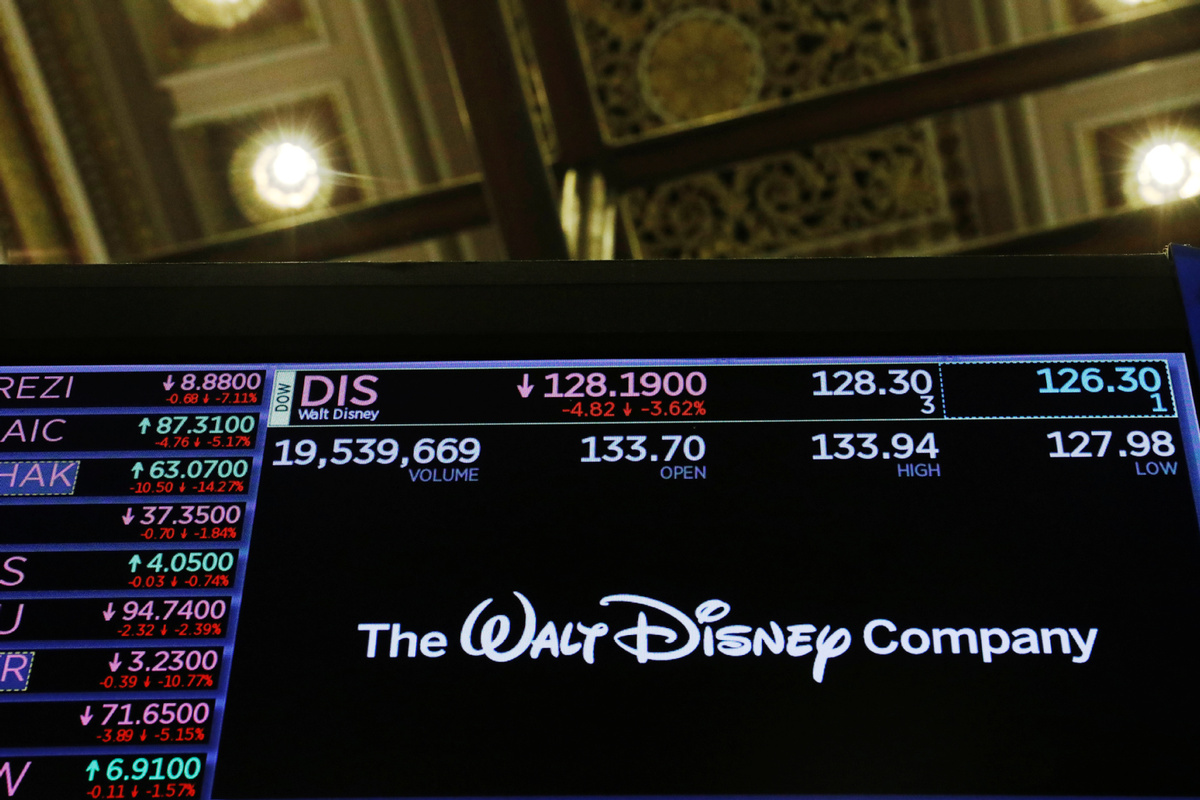 The logo of the Walt Disney Company is displayed above the floor of the New York Stock Exchange shortly after the closing bell as the market takes a significant dip in New York, US, February 25, 2020. (Photo: VCG)

No cases of COVID-19, the disease caused by the novel coronavirus, have been reported at the parks in Anaheim, California, a company representative said in a statement. The announcement coincided with statewide restrictions on public gatherings ordered by California Governor Gavin Newsom.

Comcast Corp's Universal Studios theme park in near Los Angeles also will close on Saturday with plans to reopen on March 28, the company said.

Disney has announced no plans to shut its parks in Paris and Orlando, Florida.

Earlier on Thursday, Newsom ordered a statewide ban on most non-essential gatherings of more than 250 people, including sporting events, business conferences and concerts, but his directive exempted casinos and theaters, as well as theme and amusement parks.

Disney said it decided to voluntarily close both of its Southern California parks "in the best interest of our guests and employees" after reviewing Newsom's directive.

As of Thursday, 198 coronavirus cases have been documented in California, including four deaths, Newsom said.

California is one of a handful of states, along with New York, that have adopted such drastic "social distancing" measures, designed to limit transmission of the highly contagious respiratory virus by curtailing close contacts among people. Ohio and Maryland have ordered statewide closures of public schools.

Disney-run hotels in Anaheim will remain open through Monday to give guests time to make travel arrangements, the company said. Disney will pay its employees during the shutdown and refund payments for hotel bookings, it added.

Located about 30 miles (48 km) south of Los Angeles, the two Disney parks drew 28.6 million visitors in 2018, according to the Themed Entertainment Association.

Disneyland, which opened in 1955, is nicknamed the "Happiest Place on Earth." The adjacent California Adventure was added in 2001.

"The negative outlook on Disney reflects the increased uncertainty around the extent of the impact of the coronavirus crisis on the global economy," S&P said.

It is unusual for Disney to close its theme parks. Brief shutdowns have occurred due to hurricanes or following the Sept.

Earlier this year, Disney shuttered its parks in Shanghai, Hong Kong and Tokyo to protect against coronavirus spread.

The company estimated in February that the shutdowns of Shanghai Disney Resort and Hong Kong Disneyland alone would cost $175 million if both remained closed for two months.