Dispute between Turkey and Greece rekindled 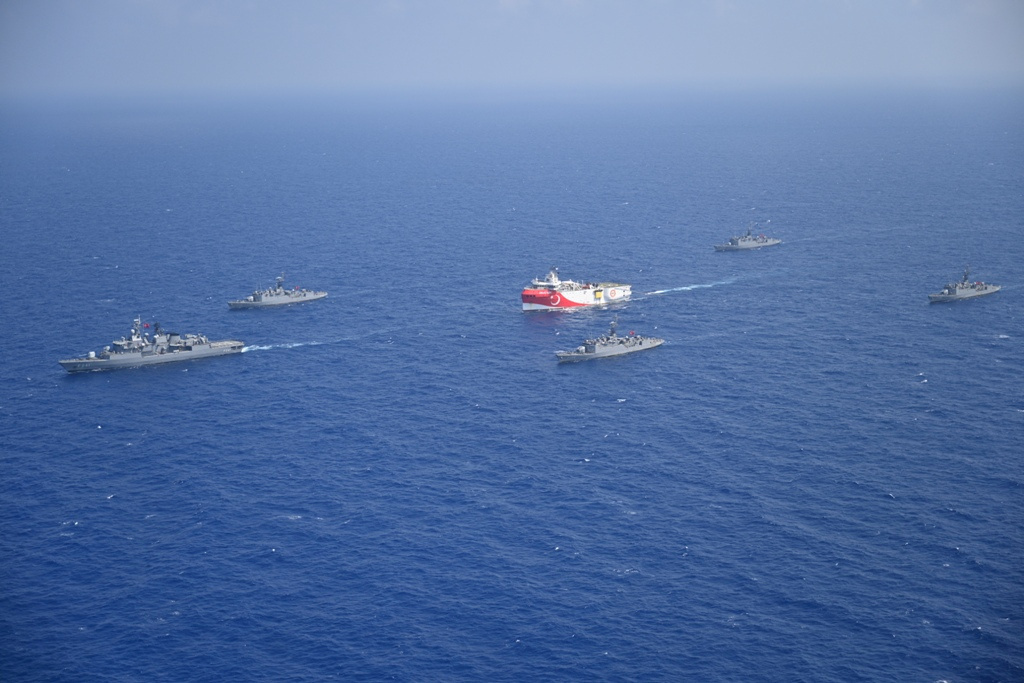 Turkey says its vessel, the Oruc Reis, will remain in waters widely recognized as belonging to Greece until at least Nov 14, prolonging a territorial dispute between Ankara and Athens that first flared up in August.

Athens has called for the ship and two accompanying vessels, the Ataman and Cengiz Han, to be withdrawn immediately.

The vessels are reportedly probing the extent of oil and gas reserves south of the Greek island of Kastellorizoin, waters Turkey insists it rightfully owns. The ships had originally been slated to remain in the area until Nov 4.

Greece and Turkey are NATO allies but have fought against each other in the past and still have many territorial disputes.

Athens has said Ankara's hydrocarbon research mission in the Eastern Mediterranean is in contravention of international laws and amounts to "illegal conduct".

"This action only increases tensions in a vulnerable region where attention is currently focused on aid and support and solidarity (after Friday's earthquake in the region)," the foreign ministry wrote, referring to the quake that was centered close to the Turkish city of Izmir and that has claimed at least 102 lives.

Cyprus and Greece have tried to resolve the incursion of the ships by seeking sanctions against Turkey during a meeting of European Union leaders on Oct 2, saying Ankara was harboring "imperial fantasies". The bloc subsequently said it would sanction Turkey if it failed to withdraw it ships.

The EU recognizes the waters as belonging to Greece and said it would be illegal for Turkey to conduct drilling and energy exploration there.

Turkey has said any threat of sanctions was "unconstructive".

Greece's Ministry of Foreign Affairs issued a statement in response to Ankara's announcement of an extension of the Oruc Reis's stay, saying: "These actions show once again that Turkey is continuing to act in defiance of the appeals of the international community, including the conclusions of the October meeting of the European Council, which called on Turkey to cease these actions."

The Qatar-based broadcaster Al Jazeera said concern is mounting that Turkey and Greece are edging toward a military conflict over the issue. Both nations have been conducting military exercises in the Eastern Mediterranean involving frigates and fighter jets.

The BBC noted that, in a bid to mitigate the risk of accidental military escalation, Greece and Turkey agreed last month to set up a mechanism that includes a hotline between Athens and Ankara.