MADRID－United Nations climate negotiations in Madrid were set to wrap up on Friday with even the best-case outcome likely to fall well short of what scientists say is needed to avert a future ravaged by global warming.

The UN Climate Change Conference, or COP25, comes on the heels of climate-related disasters across the planet, including unprecedented cyclones, deadly droughts and record-setting heatwaves. 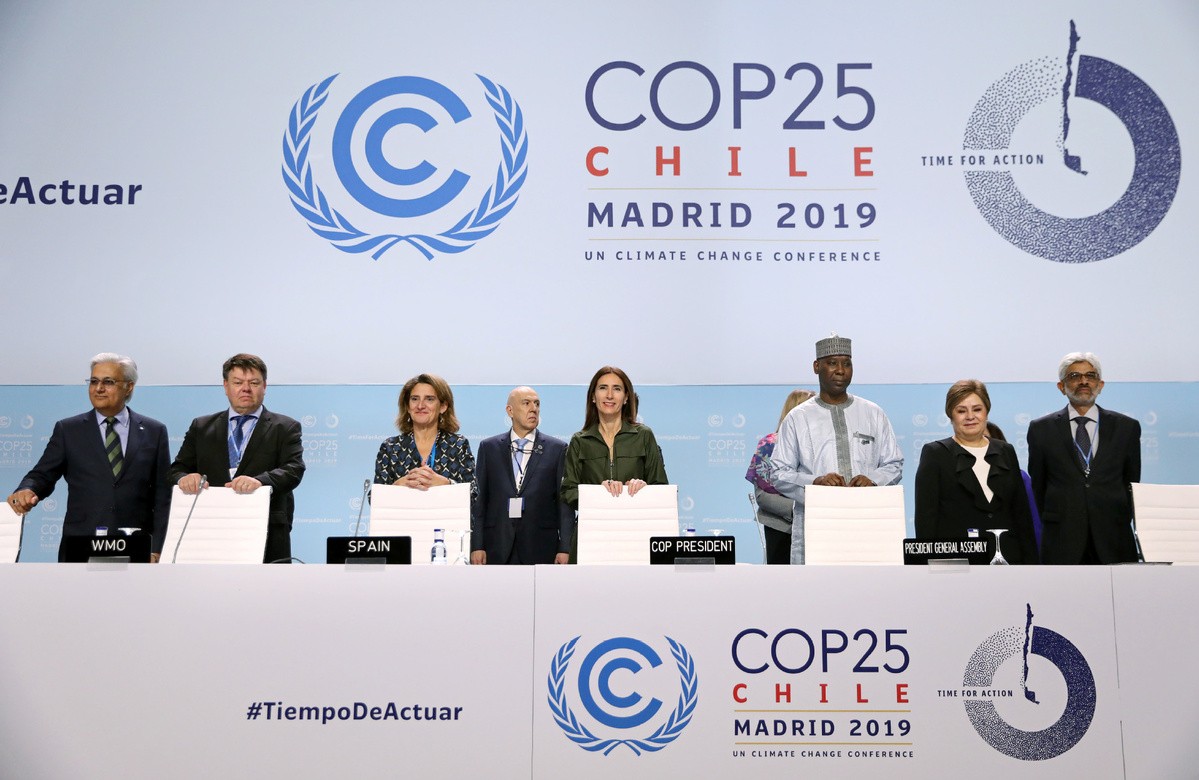 Scientists have amassed a mountain of evidence pointing to even more dire impacts on the near horizon, while millions of youth activists are holding weekly strikes demanding government action.

As pressure inside and outside the talks mounts, old splits dividing rich polluters and developing nations－over who should slash greenhouse gas emissions by how much, and how to pay the trillions needed to live in a climate change-addled world－have reemerged.

To not lose time, the 12-day conference was moved at the last minute from original host Chile due to social unrest.

But observers and delegates said negotiators had largely failed to live up to the conference's motto: Time for Action.

Not even appearances from wunderkind campaigner Greta Thunberg－named Time magazine's Person of the Year on Wednesday, much to the chagrin of US President Donald Trump－could spur countries to boost carbon-cutting pledges that are, taken together, woefully inadequate.

"We are appalled at the state of negotiations," said Carlos Fuller, lead negotiator for the Association of Small Island States, or AOSIS, many of whose members face an existential threat due to rising sea levels.

"At this stage we are being cornered. We fear having to concede on too many issues that would damage the very integrity of the Paris Agreement."

The narrow aim of the Madrid negotiations is to finalize the rulebook for the 2015 climate accord, which enjoins nations to limit global temperature rises to "well below" 2 C.

The Earth has already warmed 1 C, and is on track to heat up by a further two or three degrees by 2100.

But "raising ambition" on emissions remains the overarching goal in Madrid.

The deadline under the Paris treaty for revisiting carbon-cutting commitments－known as NDCs, or nationally determined contributions－is 2020, ahead of the next climate meeting in Glasgow, Scotland.