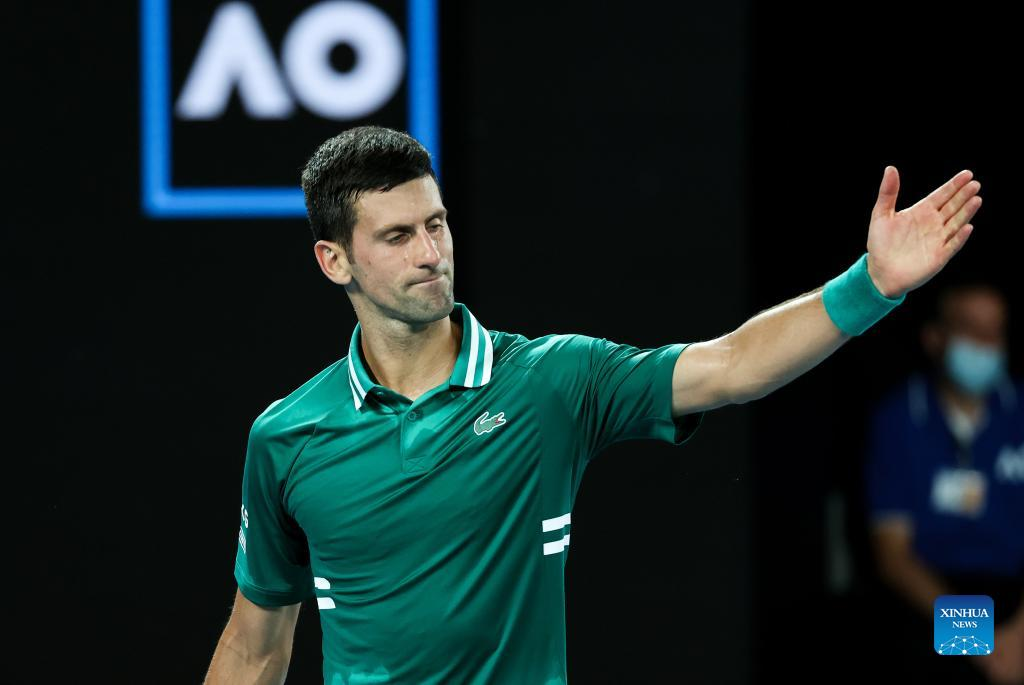 File photo taken on Feb. 17, 2021 shows Novak Djokovic of Serbia during Australia Open in Melbourne, Australia. The Australian Government has cancelled Novak Djokovic's visa for a second time in a row, leaving a cloud of doubt over the world number one's hopes of winning a record-breaking 21st Grand Slam title in Melbourne. (Xinhua/Bai Xuefei)

The detention was based on a court-ordered arrangement agreed upon on Friday. He is expected to spend the night in detention while his case is heard by Australia's federal court.