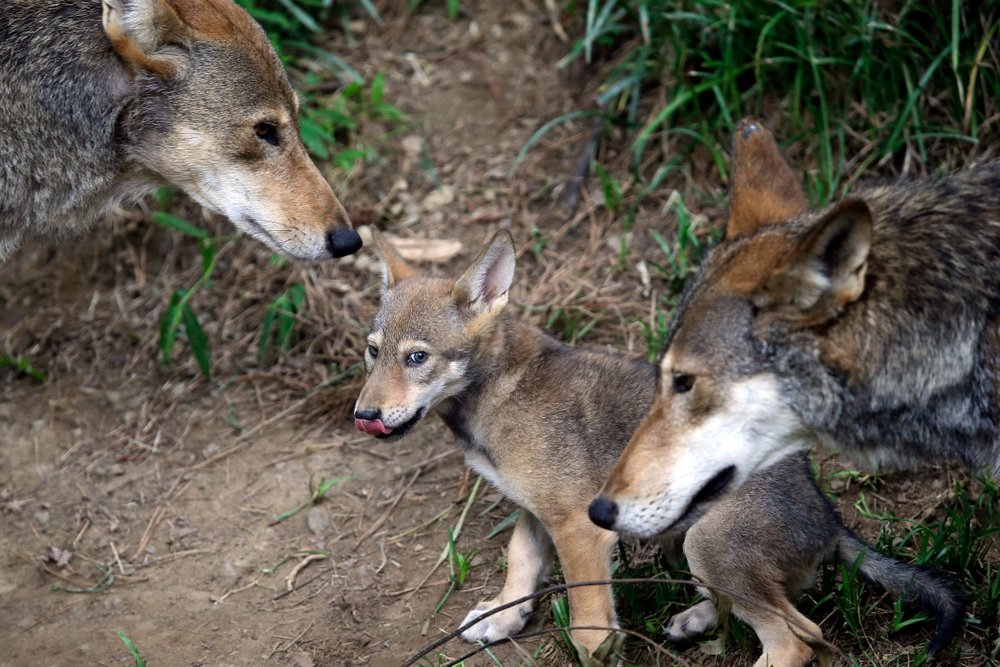 Parents of a 7-week old wolf pup keep watch over their newborn in Durham, North Carolina on June 13, 2017. Red wolves were long believed to have been extinct. (Photo: AP)

Researchers say a pack of wild canines found frolicking near the beaches of the Texas Gulf Coast carries a substantial amount of red wolf genes, a surprising discovery because the animal was declared extinct in the wild nearly 40 years ago.

The finding has led wildlife biologists and others to develop a new understanding that the red wolf DNA is remarkably resilient after decades of human hunting, loss of habitat and other factors had led the animal to near decimation.

“Overall, it’s incredibly rare to rediscover animals in a region where they were thought to be extinct and it’s even more exciting to show that a piece of an endangered genome has been preserved in the wild,” said Elizabeth Heppenheimer, a Princeton University biologist involved in the research on the pack found on Galveston Island in Texas. The work of the Princeton team was published in the scientific journal Genes.

The genetic analysis found that the Galveston canines appear to be a hybrid of red wolf and coyote, but Heppenheimer cautions that without additional testing, it’s difficult to label the animal.

Ron Sutherland, a North Carolina-based conservation scientist with the Wildlands Network, said it’s exciting to have found “this unique and fascinating medium-sized wolf.” The survival of the red wolf genes “without much help from us for the last 40 years is wonderful news,” said Sutherland, who was not involved in the Princeton study.

The discovery coincides with similar DNA findings in wild canines in southwestern Louisiana and bolsters the hopes of conservationists dismayed by the dwindling number of red wolves in North Carolina that comprised the only known pack in the wild.

The red wolf, which tops out at about 80 pounds (49 kilograms), was once common across a vast region extending from Texas to the south, into the Southeast and up into the Northeast. It was federally classified as endangered in 1967 and declared extinct in the wild in 1980. The U.S. Fish and Wildlife Service in the 1970s captured a remnant population in Texas and Louisiana that eventually led to a successful captive breeding program. Those canines in 1986 became part of the experimental wild population in North Carolina. That group has been declining since peaking at an estimated 120 to 130 wolves in 2006. A federal report in April said only about 40 remained.

An additional 200 red wolves live in zoos and wildlife facilities as part of captive breeding programs. 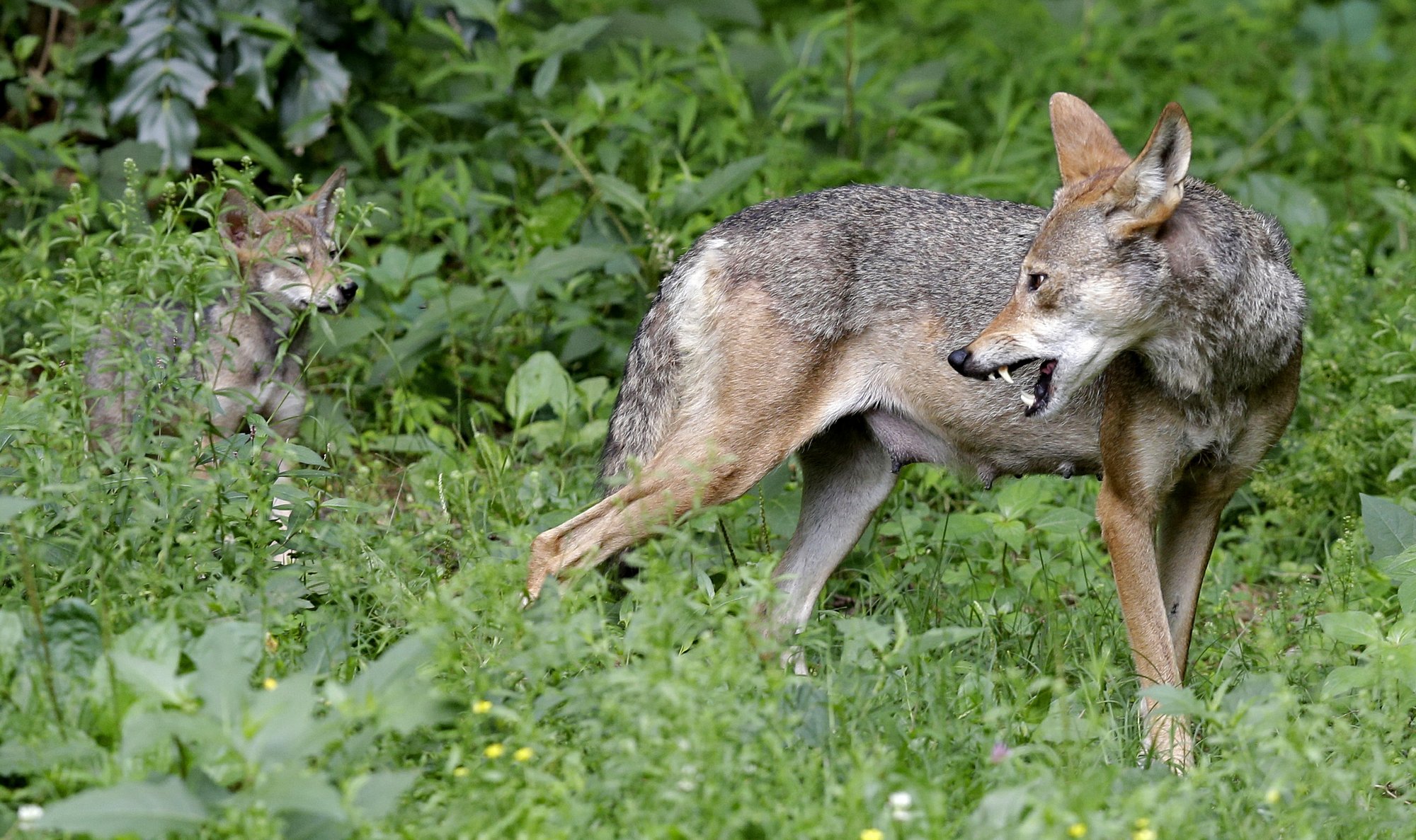 A federal judge in November sided with environmental groups that argued in a lawsuit that efforts by federal authorities to shrink the territory of the wild group in North Carolina were a violation of law. The judge ruled US Fish and Wildlife also violated the Endangered Species Act by authorizing private landowners to kill the canine predators even if they weren’t threatening humans, livestock or pets.

The debate over red wolf protections could take on new dimensions with the discovery on Galveston.

Sutherland said the Galveston canines have effectively quashed a decades-old impression that red wolves were a feckless predator overwhelmed by the numerical superiority of coyotes. He adds that the Galveston group has DNA that can’t be found in the animal’s captive population.

“From a practical conservation biology standpoint, these animals have special DNA and they deserve to be protected,” he said, explaining that conservation easements that restrict development along parts of the Gulf Coast are an essential first step.

A spokesman for U.S. Fish and Wildlife said the agency is unable to comment during the partial government shutdown. The Texas Parks and Wildlife Department said in a statement that the Galveston discovery is “interesting,” but “we do not anticipate any regulatory changes or implications in Texas at this time.”

“We can get excited, but in my mind, we really need to let science do its due diligence to determine what this animal is,” she said, noting that red wolves can evoke strong feelings in people with livestock or who have other concerns with their predatory nature.

Conservationists, meanwhile, say policymakers need to have a greater appreciation for hybrid animals. When the Endangered Species Act was implemented in the 1970s, conventional wisdom was that hybridization between species — such as the wolf and coyote — was rare and to be avoided. But experts say the thinking on that has changed.

“Now we know hybridization is relatively common in natural systems and does not always have negative consequences, but the policy hasn’t quite caught up with this notion,” Heppenheimer said.