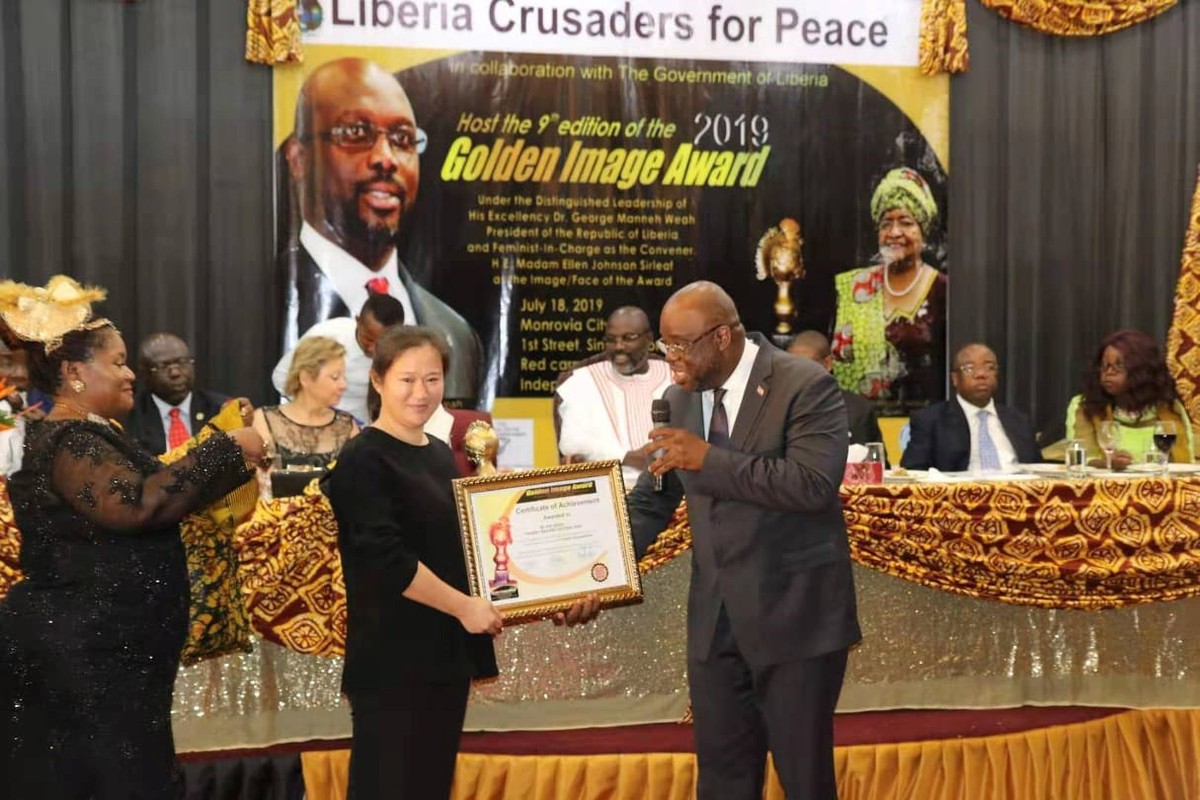 Doctor Sun Lijun, a Chinese medical doctor dedicated to the development of Liberia's health system, has been recognized by the people of Liberia with the Golden Image Award. (Photo: chinadaily.com.cn)

The contribution of Sun Lijun, a Chinese medical doctor, to the development of Liberia's health system has been recognized by the people of Liberia.

Sun, who established the Angel Medical Clinic, won the prestigious Golden Image Award for her outstanding role in humanitarian development in Liberia.

Sun Lijun, who headed the 9th Chinese Medical Ebola Team mission to Liberia in 2014 and worked during Liberia's Ebola virus nightmare, returned to the country to help with rebuilding the health system.

She's a doctor who has seen the need to positively contribute to the revamping of the country's health system, Liberian Senator Saah Joseph said.

On Saturday journalists met with Sun at her clinic and asked her about her work in Liberia.

First, she expressed gratitude to the people of Liberia for their hospitality and the clinic's staff for sacrifices they have made over the years.

Sun, who expressed delight with the recognition through the award, said working in Liberia is something she enjoys and hopes to continue for years to come.

"I'm very happy that I have been able to help a lot of people and to train several nurses and doctors in Liberia," she said.

She said the Angel Medical Clinic has over the last five years administered treatment to patients with hypertension, diabetes, heart disease and hepatitis B.

The award, she added, is not only for her, but for all foreign doctors who help to improve Liberia's health system.

She assured Liberians that the clinic will continue to focus on protecting the health of everyone who goes there for treatment.

She thanked Liberian President George M. Weah for the recognition and the Embassy of China in Liberia for its help with the clinic.

Over 10,000 patients have been treated at the clinic and cured of several common diseases.

She also disclosed plans to open another clinic in other parts of the country when the time is right.