Doctors across the United States and around the world are in a race to try something new to fight the coronavirus pandemic: plasma therapy. 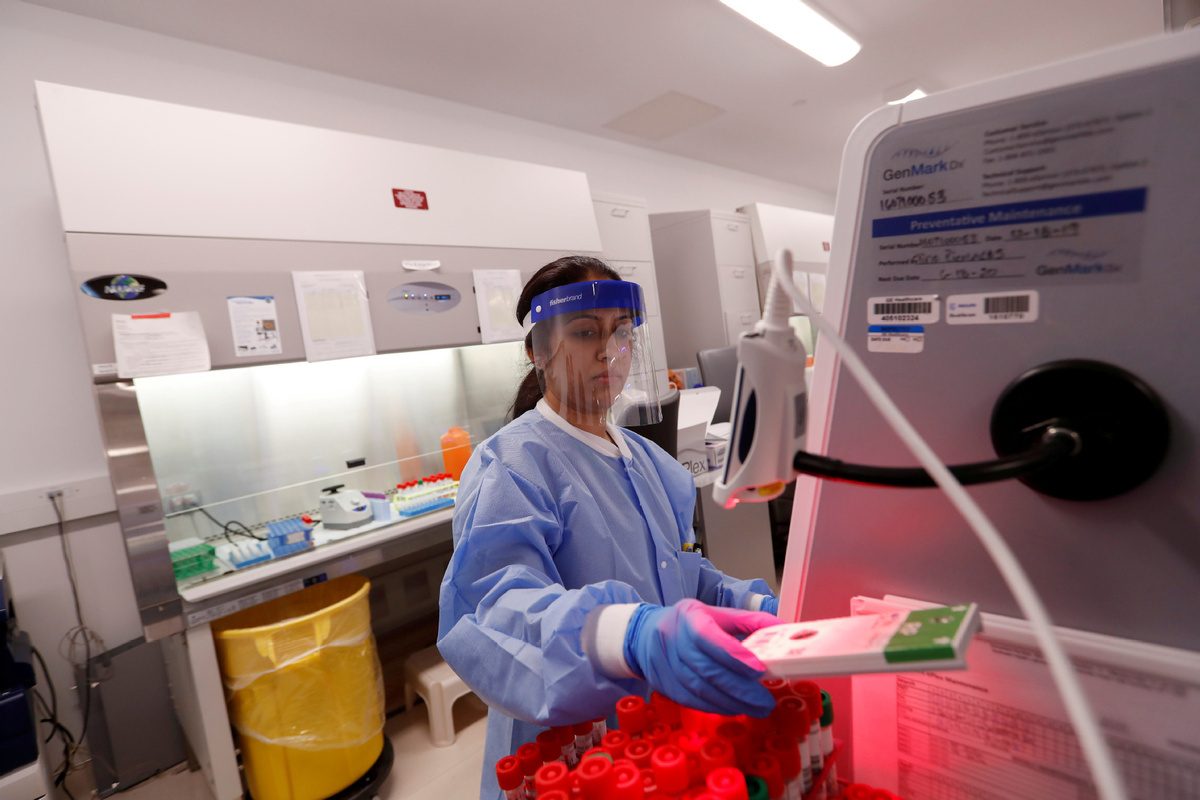 A medical technologist tests a respiratory panel at Northwell Health Labs, where the same test will be used on the COVID-19, the disease caused by the novel coronavirus, after being authorized to begin semi-automated testing by the US Food and Drug Administration (FDA) in Lake Success, New York, US, March 11, 2020. (Photo: Agencies)

It involves collecting blood plasma — the colorless fluid in blood that carries the clotting agents and antibodies that battle infections — from patients who have recovered from the virus and then injecting it in seriously ill patients to help fight the disease.

The concept is not new; it was used more than a century ago. But in the current battle against COVID-19, China has been using it to treat patients. In Shenzhen, researchers said that in a trial of five critically ill patients, three got better and were discharged, and two were in stable condition in a hospital.

Last week, the US Food and Drug Administration (FDA) gave emergency authorization to at least 15 hospitals to use plasma therapy on patients.

The treatment was used during the devastating 1918 Spanish flu and then to treat measles in the 1930s. It also has been used to treat Ebola, SARS and H1N1 influenza. But after a patient with COVID-19 became the first in the nation to be treated with plasma therapy last week at Houston Methodist Hospital in Texas, it is being touted as "vital".

"Convalescent serum therapy could be a vital treatment route because unfortunately there is relatively little to offer many patients except supportive care, and the ongoing clinical trials are going to take a while. We don't have that much time," Dr Eric Salazar, a physician scientist with Methodist's Research Institute, told the Houston Chronicle.

Plasma therapy gained national attention earlier this month after Arturo Casadevall, an immunologist at the Johns Hopkins Bloomberg School of Public Health, said it could be available in weeks, as it "requires no research or development".

His recommendation led 40 institutions in the US to support the National COVID-19 Convalescent Plasma Project, which has produced protocols on using plasma treatment in hospitals.

Mount Sinai Hospital in New York is the second hospital in the nation to give patients plasma treatments.

Other hospital trials to probe its efficacy are set to take place at Johns Hopkins in Baltimore, Maryland; the Mayo Clinic in Rochester, Minnesota; and Montefiore Medical Center in the Bronx, New York.

The hospitals will seek to identify what the correct dosage would be, how long it takes patients to respond and how long treatment should last.

Bloodworks Northwest, a blood center in Seattle, Washington, will work with the National Institutes of Health and the University of Washington (UW) to begin collecting plasma from patients who have recovered from COVID-19. The findings will be used in research by Dr Terry Gernsheimer, a professor of medicine at the UW School of Medicine. The American Red Cross has set up a website to collect information about potential plasma donors.

Plasma therapy to treat COVID-19 patients is also being considered for use in the UK.

China has made great strides in the use of plasma therapy to treat coronavirus patients. In March, Yang Huichuan, vice-president of the China National Biotec Group (CNBG), a subsidiary of China National Pharmaceutical Group (Sinopharm), went to Italy to administer convalescent plasma therapy on the sick.

CNBG was the first in China to develop the treatment for patients who had the coronavirus. Last month, the Red Cross Society of China said that more than 1,097 people who had recovered from COVID-19 had donated a total of 751.4 pints of plasma in a bid to help others.

American blood-donation centers across the US could also collect plasma from those who have recovered from COVID-19, following recommendations from AABB, a Bethesda, Maryland-based international not-for-profit agency specializing in transfusion medicine and cellular therapies.