WORLD Documentary on Japan's wartime crime to premiere in US, raise voice for Chinese victims of sex slavery

Documentary on Japan's wartime crime to premiere in US, raise voice for Chinese victims of sex slavery 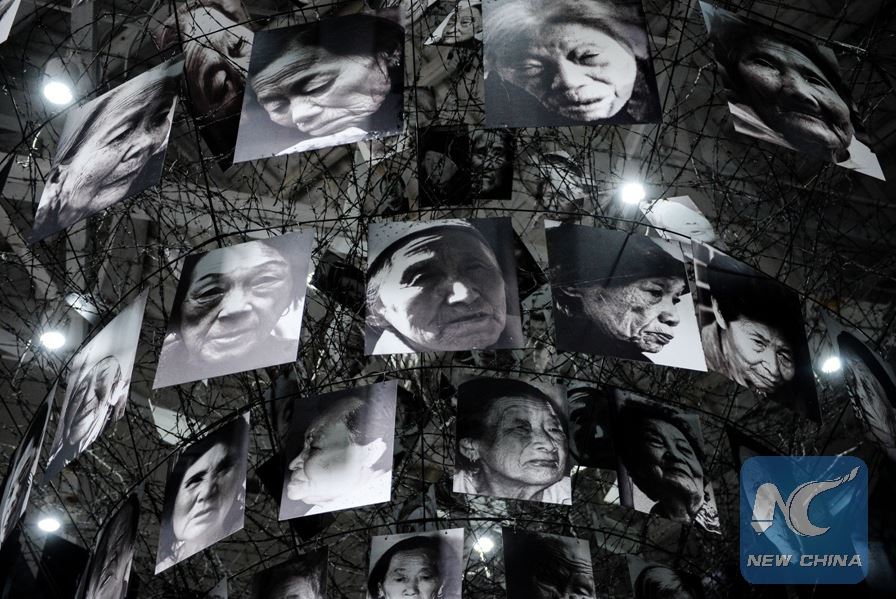 Portraits of victims are hung in the memorial for "comfort women" in Nanjing, east China's Jiangsu Province, Dec. 1, 2015. A memorial for "comfort women" during World War II opened to the public in Nanjing. It is the first memorial in China's mainland dedicated to the group, and was identified by the victims as a military brothel run by the invading Japanese more than 70 years ago. (Photo: Xinhua/Li Xiang)

For more than 10 years, Zhang Shuangbing, a retired Chinese village teacher, painstakingly recorded the heart-wrenching experiences of 129 Chinese women who were forced into sexual slavery by Japanese invaders during World War II (WWII).

Zhang had one passion. With many of the victims of Japan's wartime brutality passing away, he wanted to record the gutting past to prevent it from fading into oblivion.

This week, his mission will receive a boost with "Great Cold," a documentary made by Chinese director Zhang Yueping based on his records, premiering in San Francisco.

The screening will be held ahead of another wartime signpost. July 7 will mark the 81st anniversary of "the Marco Polo Bridge Incident" that marked Japan's full-scale invasion of China in 1937.

"On this occasion, we must not forget history, and we should speak out ... condemning the Japanese government for covering up the war crimes of imperial Japanese troops and its attempt to deny the facts of their atrocities," Jennifer Cheung, chair of the Rape of Nanking Redress Coalition, an organization of Asian-Americans pursuing redress from the Japanese government, said.

Lillian Sing, a retired judge, said the true story of one of the few survivors must be told to the public.

"I hope the premiere ... (will) promote justice for the 'comfort women;,"she said.

Bing Le Cai, principal of the San Francisco-based Central Chinese High School in America, said the documentary will help the young generations know history and the evils of war better.

"The young generations are our future and the future masters of the world, and the way they look at things will determine the direction of the future world," Cai said.