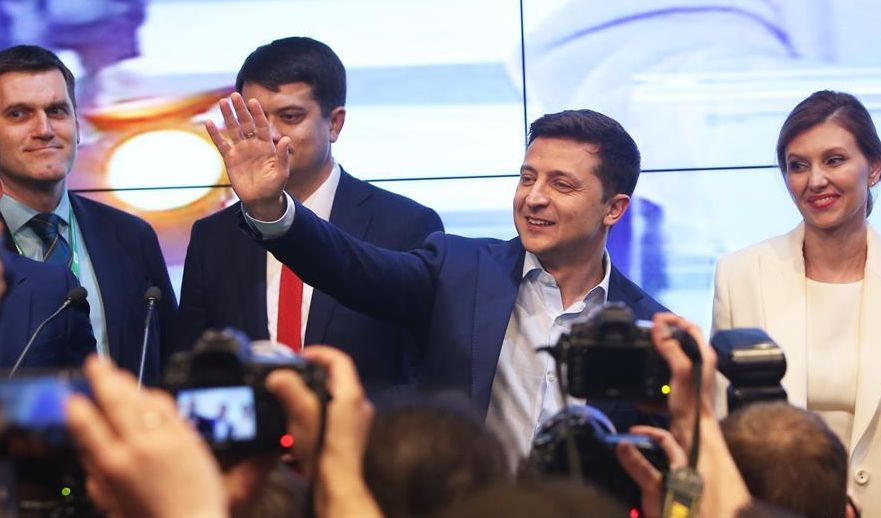 KIEV, Aug. 19 (Xinhua) -- A series of documents were signed Monday in the presence of Ukrainian President Volodymyr Zelensky and Israeli Prime Minister Benjamin Netanyahu, according to the Ukrainian president's official website.

In addition, ambassadors of the two states signed a cooperation program in education, culture, youth and sports spheres.

Netanyahu's visit to Kiev is the first by a sitting Israeli prime minister in 20 years.

Netanyahu will take part in a memorial ceremony at Babi Yar in Kiev, where tens of thousands of Jews were murdered during World War II. He will also meet with his counterpart Volodymyr Groysman on Aug. 20 and leave Ukraine the same day.