A small dog was found alive in the rubble of the deadly landslide that swept away homes in a Norwegian village, raising hopes for rescuers who are still searching for three missing people. Seven others have died. 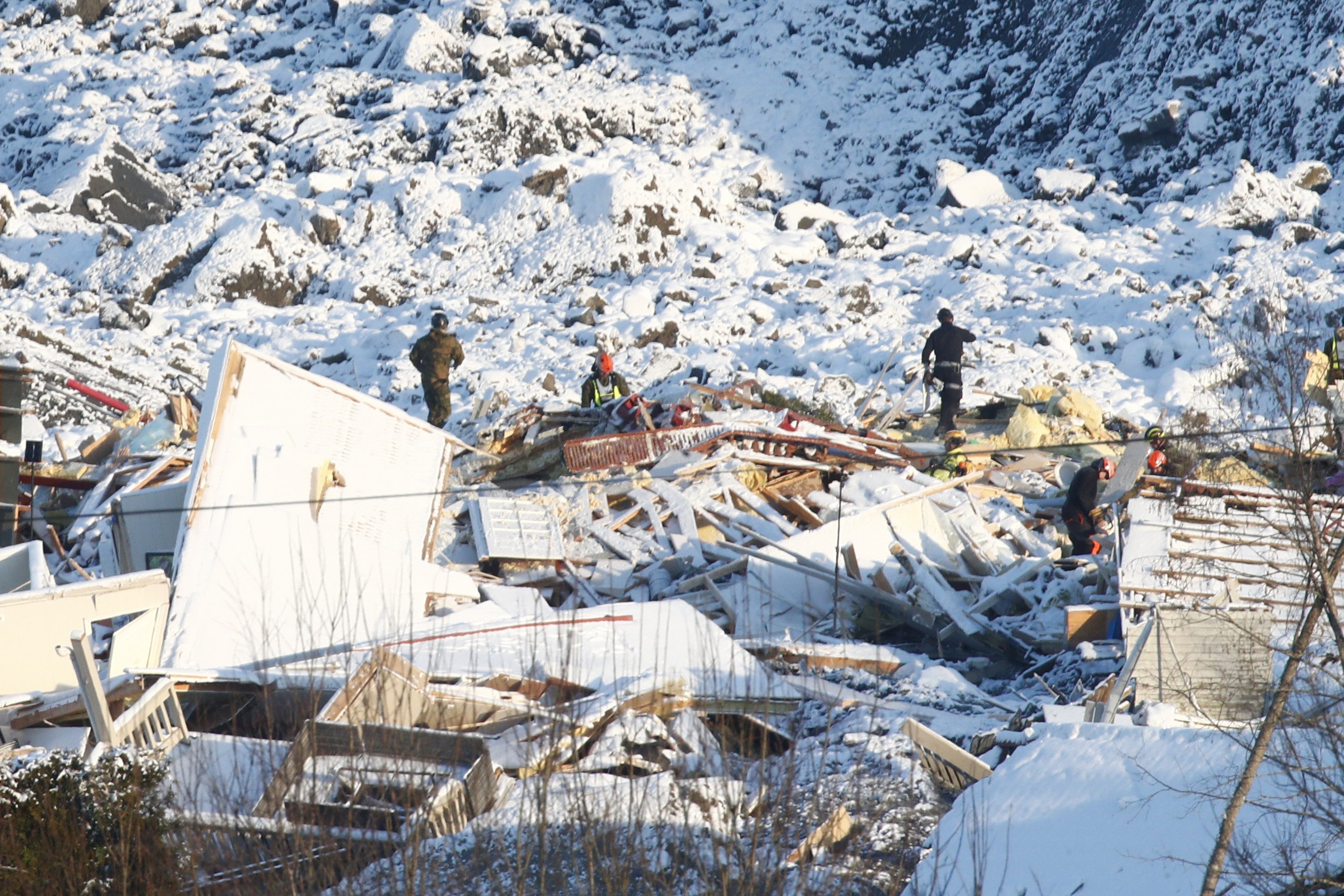 The dog was found late Monday "in good condition" in an area where rescuers had been working, said police spokesman Ivar Myrboe.

"It is a joy for us and gives motivation to further work hard," said rescuer Goeran Syversen.

But just before midday Tuesday, a smaller landslide forced rescuers to evacuate the site in the village of Ask, 25 kilometer (16 miles) northeast of Oslo. No one was injured, police said. Rescuer Kenneth Wangen said the landslide was "not dramatic," adding they were warned by drones and other rescuers. They would wait for an assessment from geologists before continuing their search.

Search teams with dogs have been looking through the rubble in below-freezing temperatures while helicopters and drones with heat-detecting cameras flew over the ravaged hillside.

The village of 5,000 people was hit Dec. 30 by the worst landslide in modern Norwegian history, which destroyed at least nine buildings with more than 30 apartments. At least 1,000 people were evacuated. Some buildings are now hanging on the edge of a deep ravine, which grew to be 700 meters (2,300 feet) long and 300 meters (1,000 feet) wide.

The exact cause of the landslide isn't yet known but the area has a lot of quick clay, which can change from solid to liquid form. Experts said the quick clay, combined with excessive precipitation and damp winter weather, may have contributed to the landslide.

In 2005, Norwegian authorities warned people not to construct residential buildings in the area, saying it was "a high-risk zone" for landslides, but houses were eventually built there later in the decade.