Doing business with world benefits US 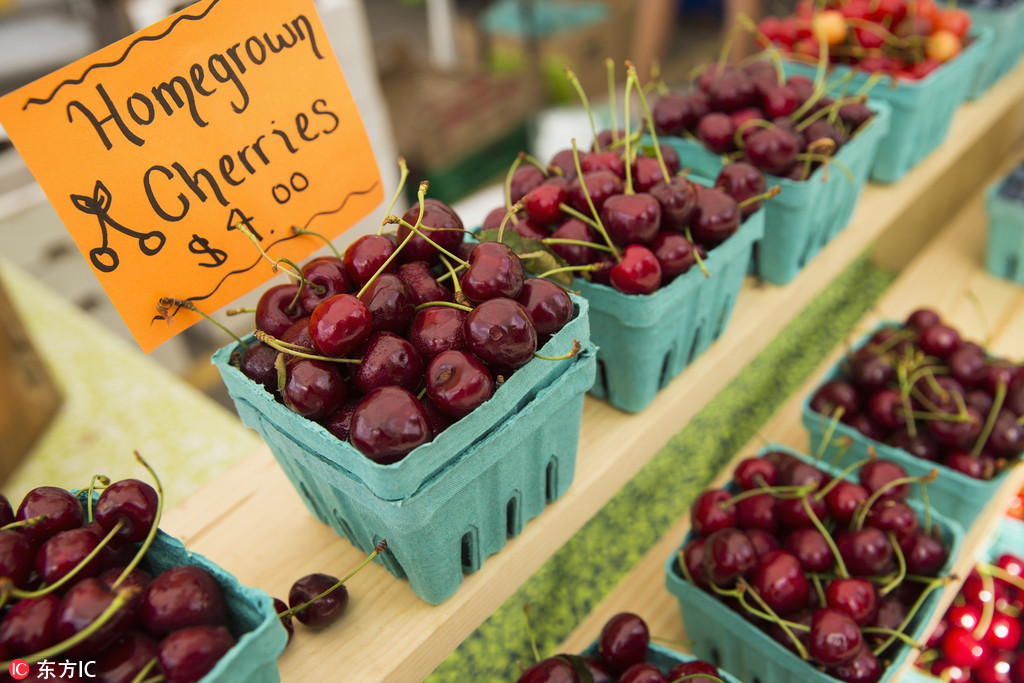 Baskets of fresh cherries are on display at a farm stand on July 3, 2013. (Photo/IC)

Washington's use of US bilateral trade deficit figures alone with China and its other trade partners as a justification for raising tariffs fails to account for important benefits that actually mean the overall economic relationship favors the US, experts said.

In reality, thanks to the huge investment and profits that US companies deploy and collect worldwide, including in China, the world's top economy actually has a decent surplus in its combined trade and investment relationships, analysts said.

That is why multinational companies and trade groups from the US are seriously worried about how the ongoing and escalating trade spat between the world's two biggest economies could affect their operations, according to economists and business leaders from home and abroad.

The US ran a trade deficit of $500 billion against the rest of the world in 2017, but once the overseas sales of US multinationals is taken in account, the US holds a surplus of $900 billion, according to a research by Deutsche Bank based on data provided by the US Bureau of Economic Analysis.

Zhang Zhiwei, chief China economist at Deutsche Bank, said US companies actually may have sold more to China than Chinese firms to the US. The bilateral trade balance may be misleading because it does not capture the sales of goods and services by foreign firms' local subsidiaries, Zhang said. Countries such as Japan and South Korea have large businesses in China that export to the US.

China responded immediately to the latest tariff on Chinese imports imposed by the US government under the excuse of an investigation under Section 301 of the Trade Act of 1974 on Friday, arousing wide concerns that a trade war will not only harm the pair's huge bilateral trade but also US companies' confidence in China. 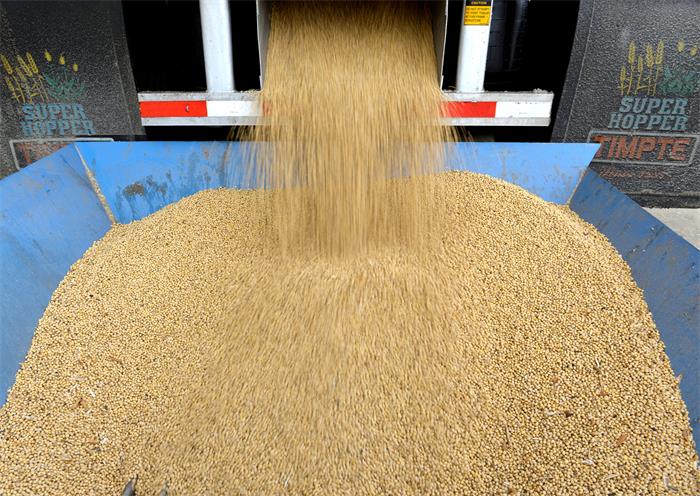 A truckload of soybeans is unloaded at a farm in Fargo, North Dakota in December 2017. (Photo: Reuters)

"Escalation of the trade war between the US and its major trading partners would be negative for US multinationals and the US labor market," said Zhang. "China's rising demand for US products, such as food and energy, may also help some US regions that were previously negatively affected by globalization."

While US trade groups have already aired their criticism, some large companies such as Boeing said they were beginning to evaluate the tariffs' possible effects.

"We are assessing the impact these tariffs and any reciprocal action could have on our supply chain and commercial business," Boeing spokesman Charles Bickers was quoted by AFP as saying.

Boeing garnered about 12.8 percent of its 2017 revenues from China and is frequently seen as among the more vulnerable US multinationals to a full trade war.

Karen Reddington, president for Asia-Pacific at Memphis-headquartered logistics company FedEx Corp, said the company remains committed to lowering trade barriers for its customers. She contended that imposing tariffs would slow economic growth and raise prices for its businesses and consumers.

Long Guoqiang, vice-president of the Development Research Center of the State Council, commented that in terms of the production value chain, the US manufacturing sector not only accounts for the most profitable industries, but also is enjoying the highest added value and is actively allocating low-value added segments overseas.

US automakers, which are in precisely that position, have targeted China as a key growth market and are also slated to be hit by the bruising tariffs.

US auto giant Ford Motor Co sold 338,386 vehicles in China in the first five months this year, about one-third the number in the US, and had welcomed a Chinese plan to lower tariffs on auto imports. It had even planned to cut prices for its imported Lincoln vehicles.

That may be in jeopardy as gas-powered and electric vehicles are due to be slapped with the border tax increase.

"President Trump is fixated with tariffs, which he believes he can wield freely; but there are grave consequences," said American Apparel & Footwear Association president Rick Helfenbein. "Congress needs to step in now to end this dangerous obsession."