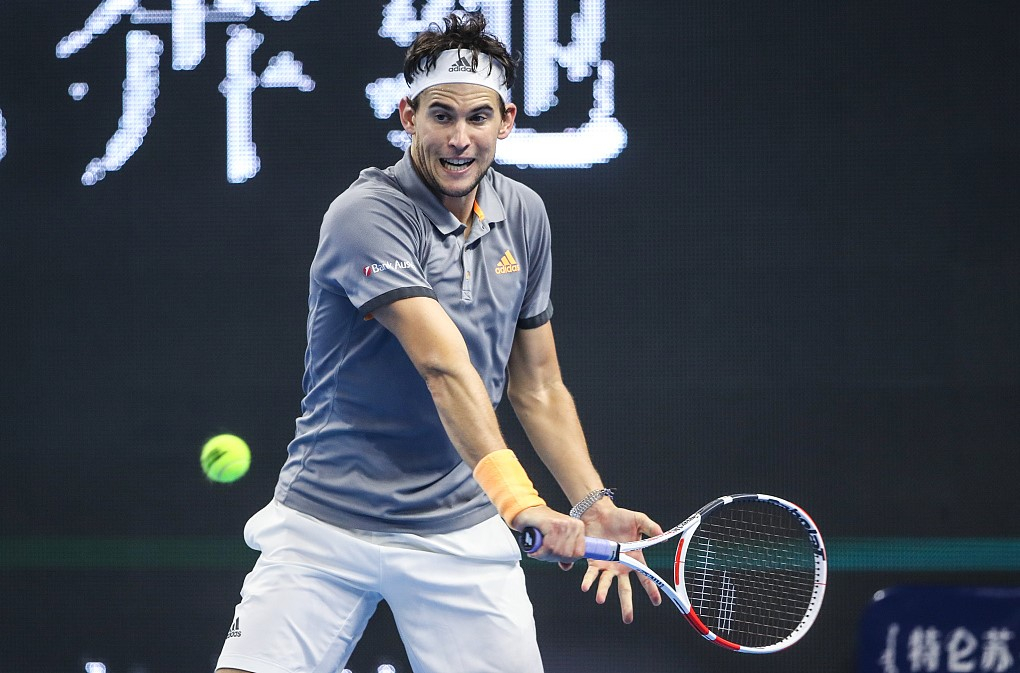 Dominic Thiem of Austria hits a return in men's singles final against Stefanos Tsitsipas (not pictured) of Greece at the China Open tennis tournament in Beijing, October 6, 2019. (Photo: VCG)

Thiem and Tsitsipas went into the match with the Austrian leading 3-2 in their head to head. Thiem had won all but one of his matches in straight sets, while Tsitsipas had needed deciders in two of his, including when he took out defending champion Nikoloz Basilashvilli.

The first set was a closer contest than the score line might suggest. Neither player had an exceptionally high number of errors, meaning that the slightest slip-ups ended up being amplified, and this cost Thiem at several key moments.

Tsitsipas was broken to love on his first service game out of the gate, but would respond with a break of his own to level the playing field.

Although he would go on to serve out the remainder of the opener, there were a few moments early in when Tsitsipas seemed to be getting into his own head. What looked to be a stellar backhand missed its mark when he was serving at 2-all, causing him to throw his racket on the court in frustration.

But this proved to be a momentary blip. Tsitsipas would log an impressive performance on serve, firing off four aces and only facing break point once after the initial opening trade, when serving for the set at 6-3.

Tsitsipas was exceptional on return in the first set as well, getting 91 percent of his shots in play on the way to grinding out the opener in 43 minutes. 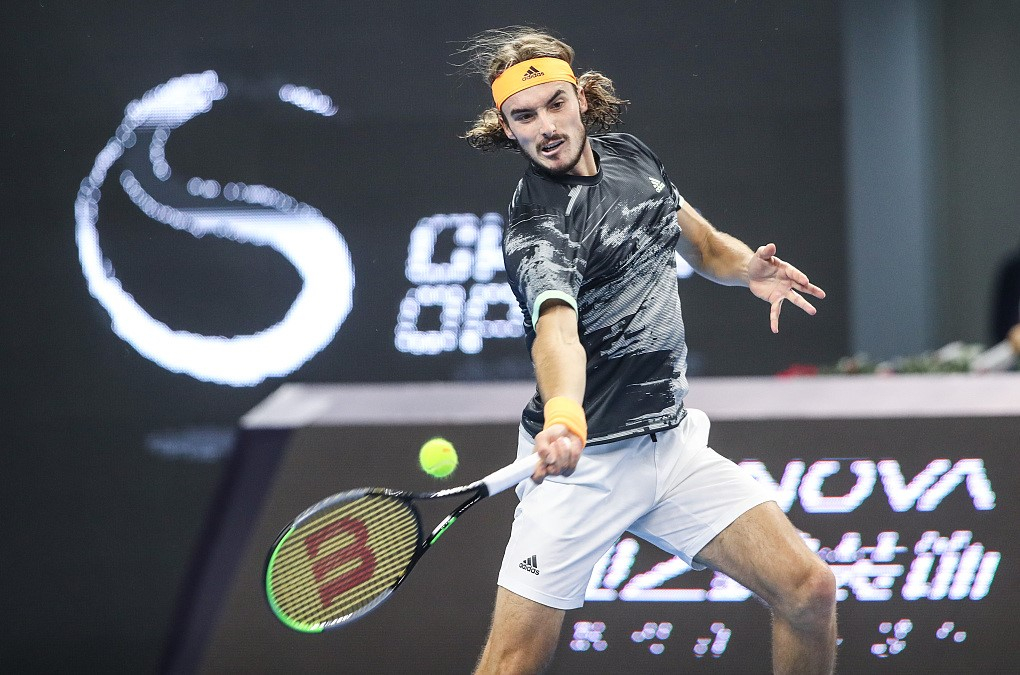 Stefanos Tsitsipas of Greece hits a return in men's singles final against Dominic Thiem (not pictured) of Austria at the China Open tennis tournament in Beijing, October 6, 2019. (Photo: VCG)

Things got rockier for the Greek in the second set, a marathon which took nearly an hour to decide. Although he was the first to break, Thiem would immediately respond with one of his own to pull level.

Tsitsipas then started getting trouble out of his forehand in particular raking up eight of 11 unforced errors in the second set on this side. He would be brought to break point on every single one of his remaining service games in the second, and despite bringing Thiem to break point three times as he served for the set, proved unable to stop the top seed from forcing a decider.

Things went from bad to worse for Tsitsipas in the third. He committed nine unforced errors as Thiem stormed to a 5-0 lead (this time most of them came off the backhand). A held serve to go 5-1 and avoid a bagel proved to be just a consolation. Thiem went on to serve out the set and would never face break point in sealing up the decider in just 36 minutes.