The US House of Representatives on Wednesday night voted to approve two articles of impeachment against President Donald Trump, which makes Trump the third US President to be formally impeached by Congress after former presidents Andrew Johnson and Bill Clinton. 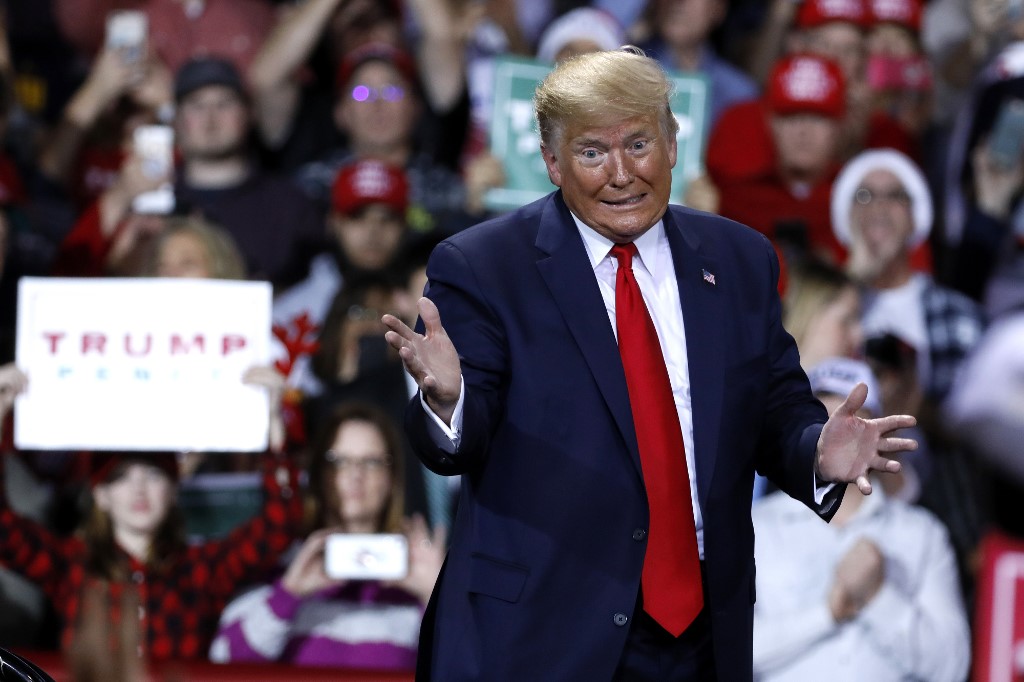 Wednesday's vote was preceded by six hours of intense, almost dramatic, debate between lawmakers from both parties, each claiming to have facts and justice, each claiming to be defending the constitution and each defending itself by invoking the founding fathers of the nation. In the final vote, both articles of impeachment passed along party lines.

The articles of impeachment proposed by House Democrats against Trump include abuse of power and obstruction of Congress. Democrats believe Trump used a White House meetings and military aid to pressure Ukraine to investigate his domestic political rival, former Vice President Joe Biden. Democrats have also accused Trump of obstructing cooperation from administration officials while Congress investigated the matter.

Trump has repeatedly denied the allegations and attacked the impeachment process, calling it a witch hunt. The full House vote came a day after Trump wrote to Nancy Pelosi, the top Democrat in the House, accusing the impeachment as a “perversion of justice” and an “attempted coup”. In the full-chamber debate before Wednesday's vote, Pelosi chose to go head-to-head. Citing the "pledge of allegiance" and the US constitution to defend impeachment, she said Trump's behaviors in the White House threatened the founding fathers' vision of the Republic. Pelosi also called Trump himself a threat to US national security.

After the House formally votes to approve the articles of impeachment, the full impeachment process moves to the Senate. The Senate is expected to begin the process in January 2020. The US Constitution requires that at least two-thirds of the Senate's 100 members vote for impeachment in a trial before the president is actually removed from office. Republicans currently hold a majority in the Senate, and not a single Republican has spoken in favor of impeachment. That means the chances of Trump being eventually removed are slim.

The fierce contest and political showdown between the two parties in the Congress on the issue of impeachment have further intensified the political division in American society. Over the past few weeks, Congressional impeachment investigations and related hearings have drawn national attention and polarized public opinion. On the day of the house vote, the New York Times ran a story with the following headline: "Impeachment Divides a Nation, a District and a Dinner Table." An article on the NBC website said it was "fitting" that the second decade of the 21st century for America would end with the impeachment vote because it had been a dark decade for politics, especially over the past three years, when things were getting worse.