WORLD Donations for racial equity have surged. But by how much?

Donations for racial equity have surged. But by how much?

More than a year after the police killing of George Floyd and the avalanche of donations toward racial equity initiatives that followed, the actual gift amounts and their destinations remain largely unknown, complicating efforts to gauge the effectiveness of the donations and their recipients. 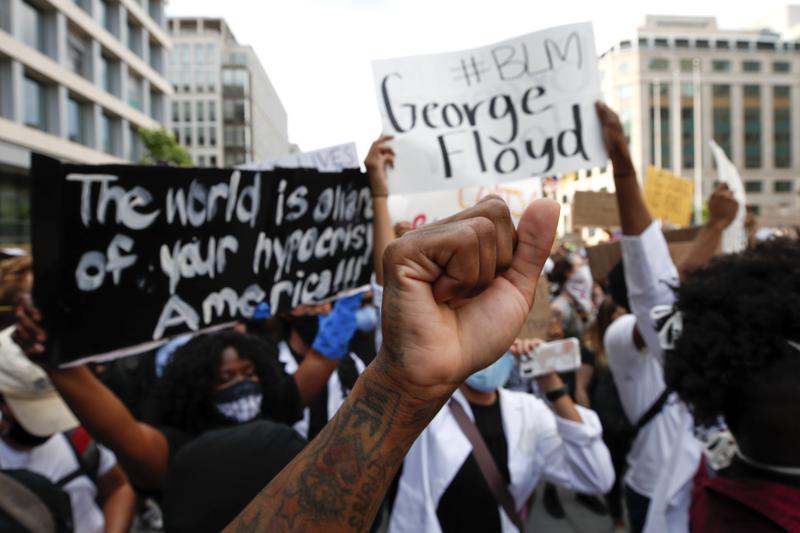 In this June 3, 2020, file photo, demonstrators gather near the White House in Washington to protest the death of George Floyd. (Photo: AP)

According to a joint report released Thursday by PolicyLink, a research firm that focuses on advancing racial and economic equity, and The Bridgespan Group, a New York-based consulting firm that has advised billionaire philanthropist MacKenzie Scott on her massive contributions, more than 90% of donors who supported racial equity initiatives in 2018 have yet to report how much they gave in 2020.

The study further highlights the limitations experts have experienced tracking charitable dollars for racial equity causes amidst America's racial reckoning. So far, only $1.5 billion of the nearly $12 billion that was pledged can be tracked to actual charitable recipients, according to the philanthropy research organization Candid.

A comparison of Candid's preliminary 2020 data to 2018, the most recent year for which there's comprehensive figures, led researchers to the findings released Thursday. There has always been a lag in reporting philanthropic data since it's tied to tax filings. Because of the limitations, the report is calling for institutional funders to proactively share information about their grants to Candid.

"One of the larger takeaways is around what's not possible to say at this point about the data for 2020," said Laura Lanzerotti, a partner at The Bridgespan Group.

Another complication with tracking the donations has been defining what 'racial equity funding' really means. There is no sector-wide consensus in the donor world about what contributions fall under that term.

Michael McAfee, the president and CEO of PolicyLink, says a consensus is needed to distinguish "between really good acts of charity," and "the liberatory work that is necessary to create" a just and fair society.

Though, Una Osili, the associate dean for research and international programs at the Family School of Philanthropy at Indiana University, says that might also present more challenges.

"There may be a need for more systematic definition because this work is boundary spanning," she said. But, Osili added, advocacy efforts aimed at influencing public policy - and other things recommended in the report - may not fall under traditional activities for tax-exempt nonprofits.

"That also presents another complication, because generally speaking, those are tracked separately by the IRS as 501(c)(4)s" - social welfare groups that don't get tax exemptions.