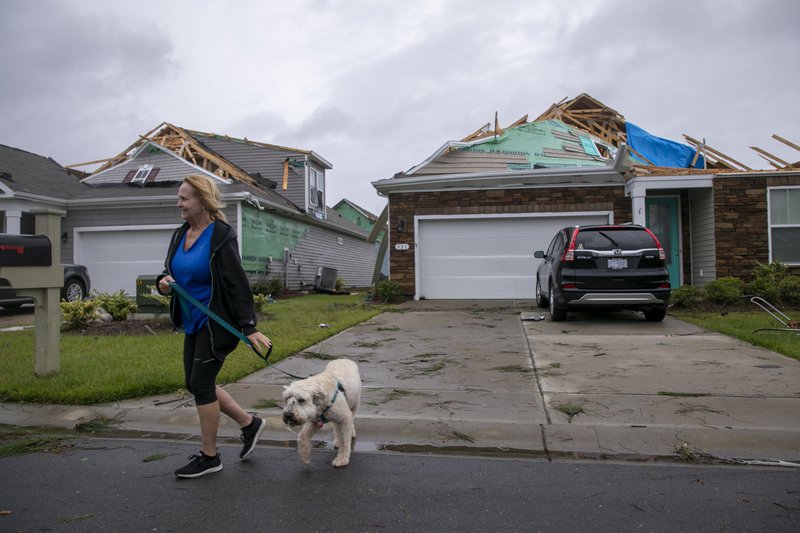 Kathy Desiderio took advantage of a calm between burst of rain to walk her dog Lily and survey the tornado damage at her neighbor's homes. A tornado touched down in the The Farm at Brunswick County in Carolina Shores, N.C. on Thursday, Sept. 5, 2019, damaging homes ahead of Hurricane Dorian's arrival. (Photo: AP)

The worst weather from Hurricane Dorian is lashing parts of southern North Carolina.

Southport posted on Twitter that the city of 3,700 lost power around 7:30 p.m. Thursday as wind gusts approaching hurricane force in the storm's northern eyewall brushed by.

It appears Dorian's eye will miss making landfall in North Carolina at least until it reaches the Outer Banks early Friday.

Fran Mitteness says the power was still on at her house about three blocks from the Atlantic Ocean on Carolina Beach.

Mitteness says branches are falling from trees but there was little other damage as Dorian's eye moved about 45 miles (72 kilometers) to her south.

Winds were gusting in Wilmington above 50 mph (80 kph).