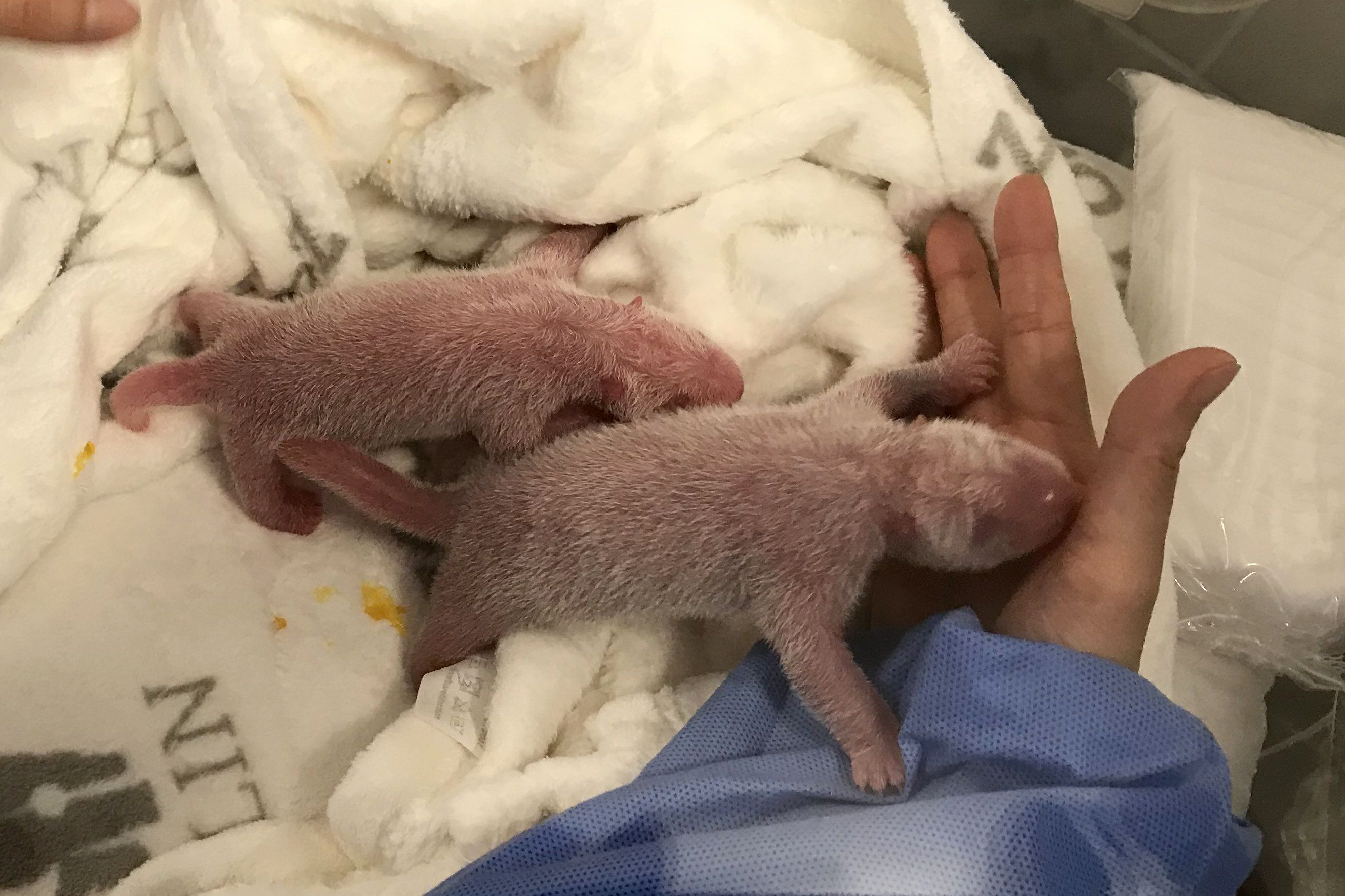 A zoo in Berlin is celebrating the arrival of two panda cubs, the first time one of the rare mammals has given birth in Germany.

According to the zoo, mothering came naturally to the 6-year-old panda: "She placed the tiny creature gently on her belly and began to warm it lovingly with her big paws, warm breath, and the soft fur of her cheeks."

An hour later, its twin was born.

Keepers only confirmed last week that Meng Meng was pregnant. She had mated with 9-year-old partner Jiao Qing in April, and was also artificially inseminated to increase the likelihood of pregnancy.

Meng Meng and Jiao Qing arrived from China in June 2017.