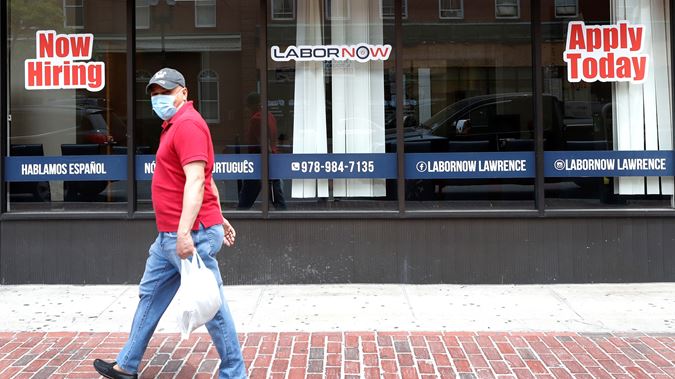 The Dow pushed higher early Thursday on a rally led by Boeing and other industrial equities as US jobless claims fell to a new pandemic low.

Boeing jumped more than four percent in an advance joined by Caterpillar and Honeywell International based on expectations that the reopening of the economy will boost manufacturing.

Large tech companies such as Facebook and Amazon retreated modestly.

New filings for US unemployment benefits slid lower for a fourth straight week, reaching a new pandemic low of 406,000, seasonally adjusted, the Department of Labor said.

Meanwhile, orders of big-ticket US manufactured goods fell in April for the first time after 11 months of increases, dropping 1.3 percent, according to government data.

US markets have been choppy in recent weeks, weighing stronger earnings and optimism over the economic reopening against worries over inflation.