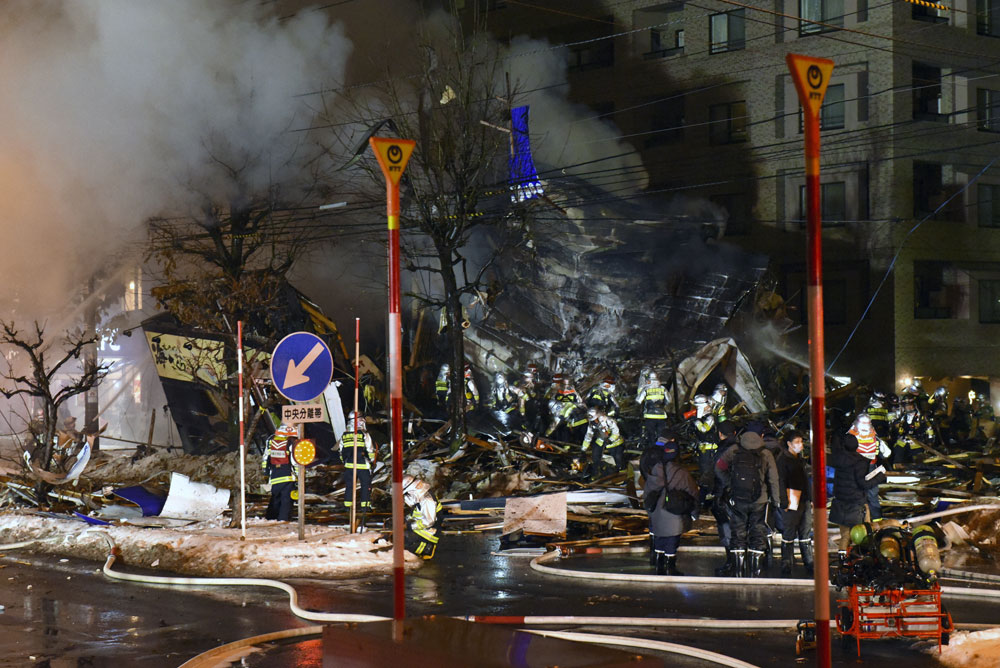 Firefighters work on site where a large explosion occurred at a restaurant in Sapporo, Japan, 16 December 2018. (Photo: IC)

Dozens of people were injured Sunday in an explosion at an izakaya, or a Japanese-styled pub, in the city of Sapporo in Japan's northernmost Hokkaido prefecture.

The explosion occurred around 8:30 p.m. local time, and at least 42 people were injured, including one that sustained severe injuries, said the Kyodo News quoting local police sources.

Witnesses said that they heard a huge blast and felt the ground shaking when the explosion happened, causing a fire at the izakaya and shattering windows of nearby buildings and restaurants.

The police are still investigating the cause of the incident and local firefighters are working to put out the fire caused by the explosion.

Residents nearby have been cautioned by the police not to approach the site as another explosion could still occur.