CANBERRA, Dec. 23 (Xinhua) -- The number of homes destroyed by bushfires in South Australia (SA) has more than quadrupled from initial estimates. 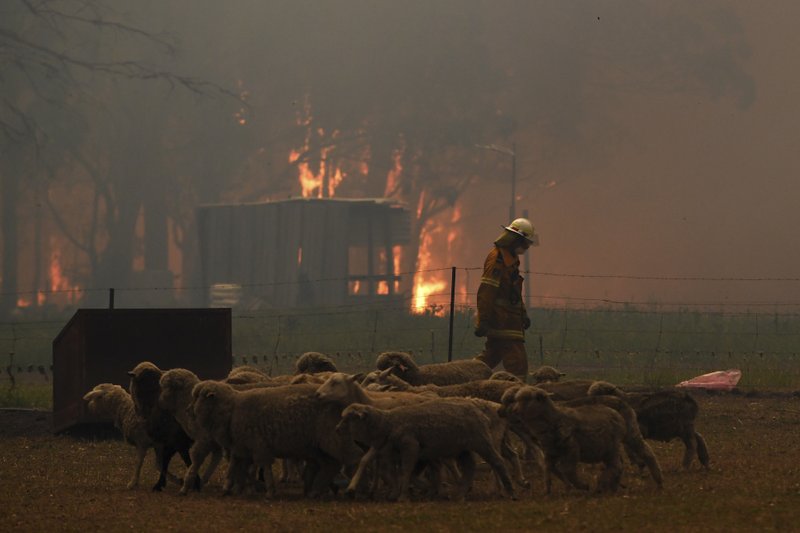 Almost 200 fires continued to burn across the country on Monday morning after the Adelaide Hills region of South Australia (SA) was left devastated by fires over the weekend.

Steven Marshall, the Premier of SA, on Sunday night confirmed that more than 80 homes were destroyed in SA fires, the vast majority of which were in the Adelaide Hills where a man died over the weekend.

The previous estimate of the number of homes destroyed in the Adelaide Hills was 15.

It comes after more than 700 homes were destroyed by fires in NSW and Queensland earlier in December and in November.

Marshall told reporters that it was a "very sad day" for the state, with "scenes of absolute devastation" as families returned to the area to find rubble where their homes stood only hours earlier.

The body of Ron Selth, 69, was found at his property on Saturday.

"Ron was a loving, optimistic and generous man, who valued his relationships with family and friends more than anything else," his family said in a statement.

Hundreds of fires were sparked by catastrophic conditions on Friday with record temperatures exacerbated by strong winds.

Andrew Stark, the deputy chief of the Country Fire Service (CFS) in SA, warned that it was very likely that extreme fire conditions would again hit parts of the state on Monday.