GAZA, June 15 (Xinhua) -- Dozens of Palestinians on Tuesday rallied along the border areas between the eastern Gaza Strip and Israel in protest against an Israeli march in East Jerusalem, security sources and eyewitnesses said. 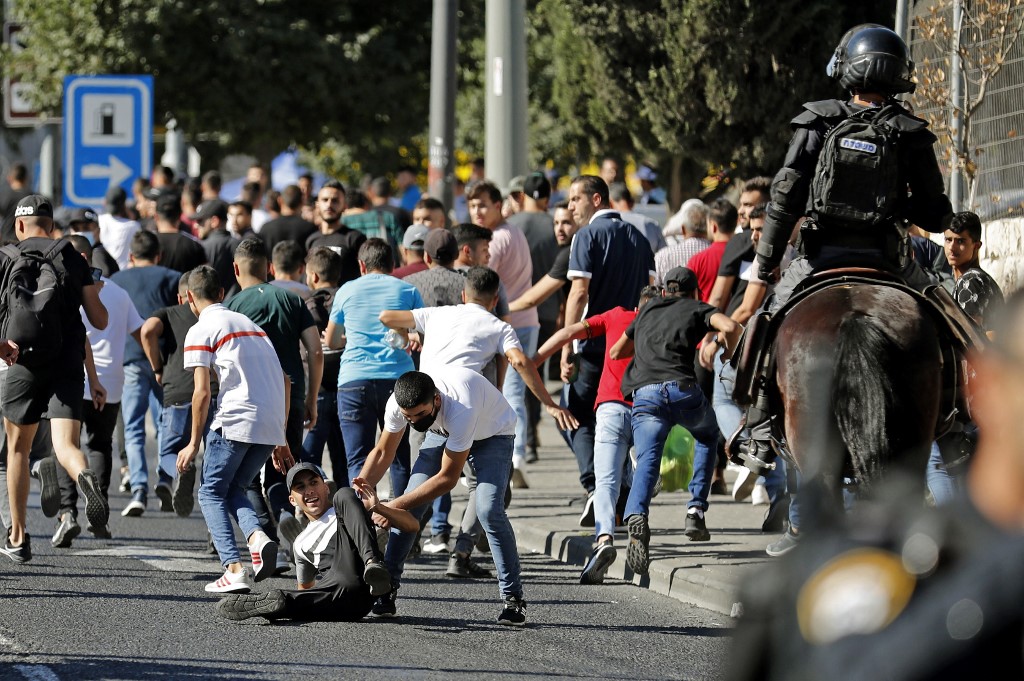 Israeli security forces disperse Palestinians near the Damascus gate in east Jerusalem, on June 15, 2021, ahead of the March of the Flags which celebrates the anniversary of Israel's 1967 occupation of the city's eastern sector. (Photo: AFP)

The protests mostly took place near the border fence between the southern town of Khan Younis and the northern town of Beit Hanoun, while Israeli soldiers stationed on the border fired live ammunition and tear gas canisters to disperse the protesters who approached the fence, they said.

No injuries were reported yet.

Meanwhile, members of a Palestinian activist group called the Night Disturbing Unit, announced in a press statement that they will organize protests at night near the border fence with Israel.

According to the statement, the activists will launch incendiary balloons from Gaza toward southern Israel and burn tires in the border area.

Meanwhile, the national corporation of the March of Return, which comprises several Palestinian factions, also called for holding rallies and protests in the Gaza Strip against the Israeli march.

There are deep concerns that the Israeli march scheduled for Tuesday in Jerusalem would renew violent fighting between Israel and militant groups in the Gaza Strip.

From May 10 to May 21, Israel and Hamas, the ruling movement of the Gaza Strip, engaged in a round of the fiercest fighting between them since 2014, killing more than 250 Palestinians and 13 Israelis, and injuring hundreds others.