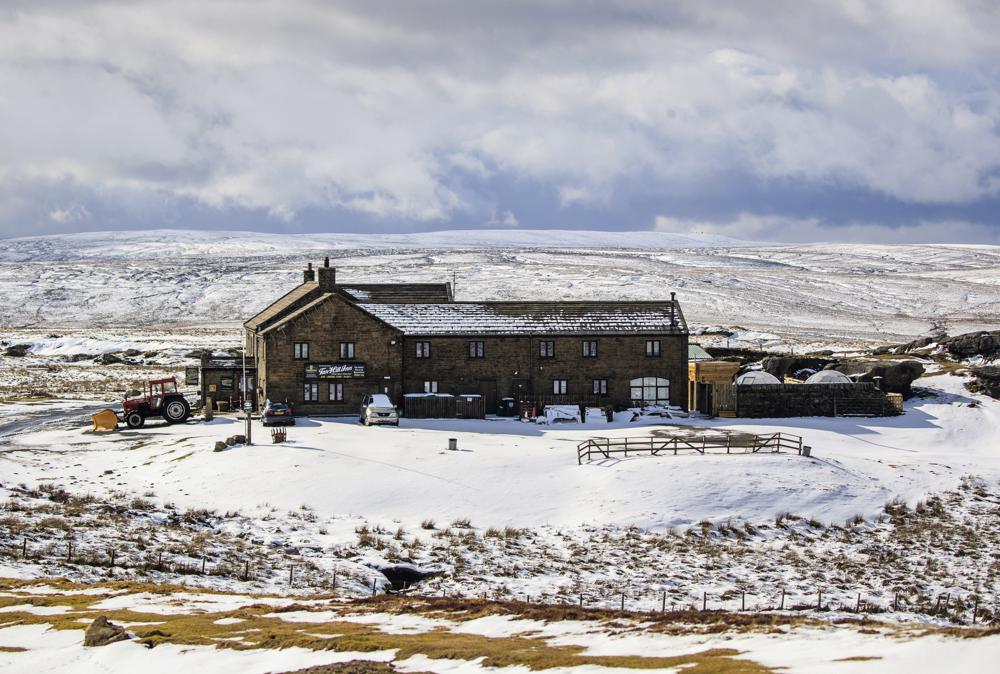 Dozens of customers who stopped for a drink at Britain’s highest altitude pub got a longer stay than they bargained for, after the building was cut off by a blizzard.

Sixty-one people woke up Monday after their third night at the Tan Hill Inn in the Yorkshire Dales, 270 miles (435 kilometers) north of London. They have been unable to leave since Friday, when a late autumn storm brought snow and heavy winds that felled power cables and blocked roads.

Manager Nicola Townsend said staff had organized movies, a quiz night and karaoke for the stranded guests. They have also been entertained by an Oasis cover band, Noasis, who have also been stuck at the pub since their gig on Friday night.

Townsend said the guests were “in really good spirits.”

“They’ve formed quite a friendship ... like a big family is the best way I can describe it,” she said. “One lady actually said ‘I don’t want to leave.’”

Townsend said she hoped people would be able to head home later Monday once roads had been cleared.