The Democratic People's Republic of Korea (DPRK) has accused the United States of plotting to provoke another Korean War by convening a foreign ministers' meeting in Vancouver, Canada. 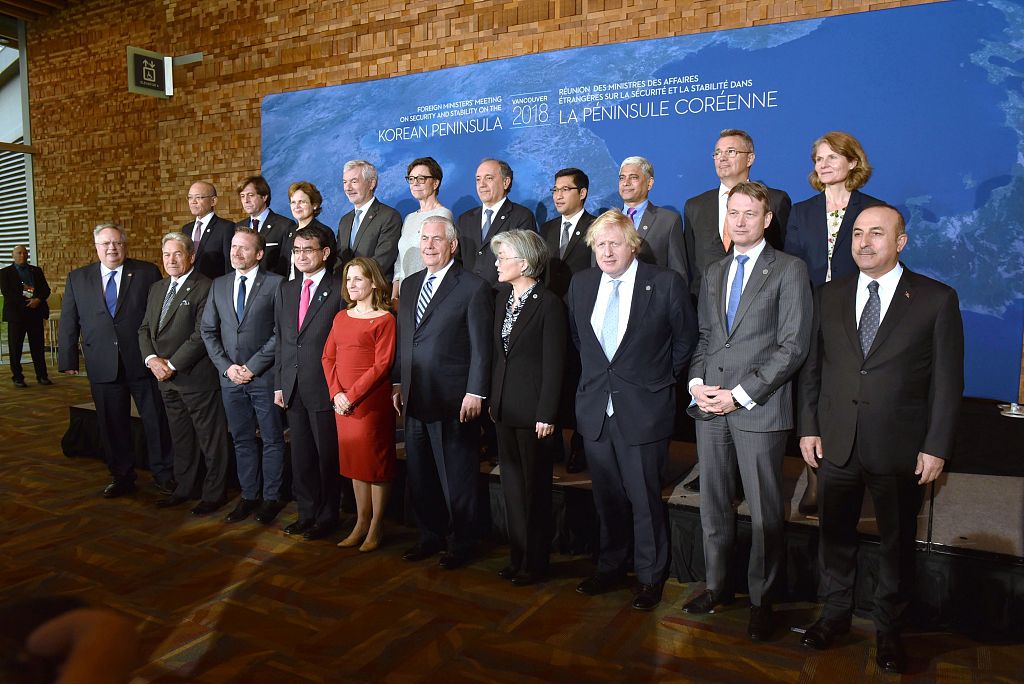 "The United States, in collusion with Canada, created the scene of war simulation by summoning the foreign ministers' meeting of the countries participated in the Korean War," said a spokesman of the Institute for American Studies of DPRK Foreign Ministry in a statement late Thursday, according to the Korean Central News Agency.

Some 20 countries, mostly those which joined the United States in its aggression war against the DPRK in 1950s, participated in the meeting on Jan. 15-16. Japan and South Korea also took part in it.

The spokesman said U.S. Secretary of State Rex Tillerson "openly trumpeted" at the meeting that the United States and its allies would intensify the pressure campaign against the DPRK by limiting export of oil and industrial products, strengthening naval control and expelling DPRK workers abroad until it stops its nuclear program.

"The meeting speaks to the fact that the U.S. is willing to spark a new war in the Korean Peninsula at any cost although it talks about dialogue," he added.

The spokesman said while the ongoing inter-Korean peace efforts have won broad support at home and abroad, countries which attended the unlawful and ambiguous meeting should consider the potential consequences of further sanctions.

The DPRK had earlier warned that the United States was preparing to ignite another war crisis during the Pyeongchang Winter Olympics by newly deploying another nuclear carrier, Stennis, in the West Pacific, apart from sending special operation forces, electronic planes and other war machines to South Korea during the games.

The DPRK and South Korea have agreed to cooperate during the Olympics and take measures to ease the military tension on the Korean Peninsula since the beginning of the new year.