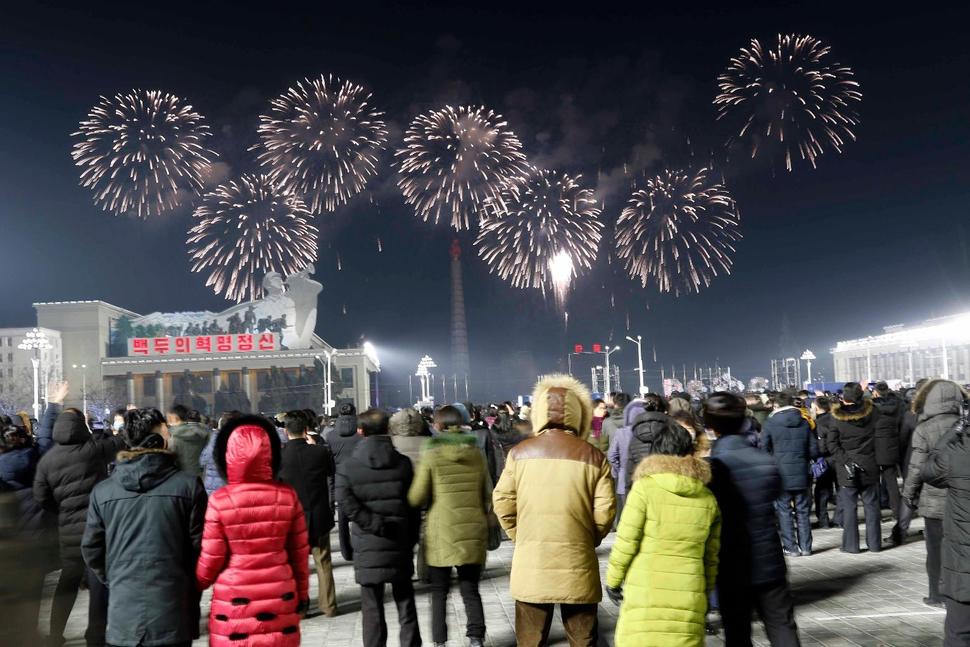 PYONGYANG, Jan. 1 (Xinhua) -- A New Year performance was given at Kim Il Sung Square in central Pyongyang, the capital of the Democratic People's Republic of Korea (DPRK), on Thursday night with tens of thousands of people standing in the cold to embrace the New Year.

The performance began with the playing of prologue "Snow Is Falling on New Year's Day." Light music and modern dance "Dash toward Future" and a national dance revved up the festive atmosphere.

When a bell tolled the start of the New Year at midnight, a national flag-hoisting ceremony was held at Kim Il Sung Square to celebrate the arrival of 2021. At the same time, Pyongyang witnessed a display of gorgeous fireworks with people in the central square cheering for the New Year.

Kim Jong Un, the DPRK's top leader, visited the Kumsusan Palace of the Sun at 00:00 on Friday to offer his New Year's greetings.

The Kumsusan Palace of the Sun is a building near the northeast corner of Pyongyang that serves as the mausoleum for the late leaders of Kim Il Sung and Kim Jong Il.