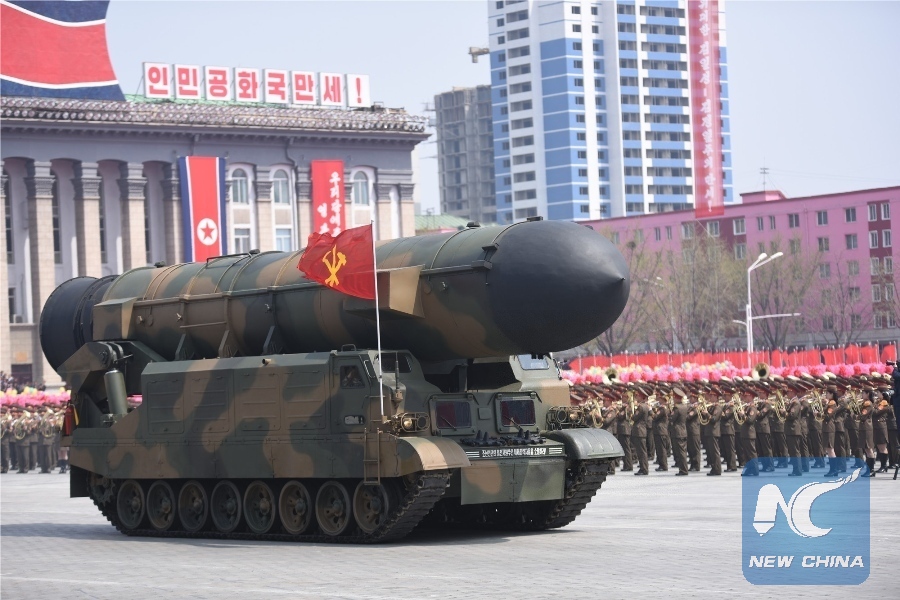 The Democratic People's Republic of Korea (DPRK) on Sunday condemned the US administration for stepping up sanctions and pressure on the nuclear-armed country, warning of a return to "exchanges of fire" and that disarming Pyongyang could be blocked forever.

The statement made by the policy research director of the Institute for American Studies of the Ministry of Foreign Affairs of the DPRK values the historic DPRK-US summit in June, and says, "The current DPRK-US relations are advancing along the steadfast will of the top leaders to follow through on the Singapore DPRK-US Joint Statement."

It says, however, the continued "vicious anti-DPRK hostile actions" by the US are running counter to these developments.

The DPRK's response came after the US said on Monday it had introduced sanctions on three officials of the DPRK, including a top aide to its leader Kim Jong Un, for alleged human rights abuses.

The two sides have yet to reschedule working-level talks between US Secretary of State Mike Pompeo and senior DPRK official Kim Yong Chol, which were canceled abruptly in November.

While crediting Trump for his "willingness" to improve relations, Pyongyang accused the U.S. State Department of being "bent on bringing the DPRK-US relations back to the status of last year which was marked by exchanges of fire."

If the US administration believed that heightened sanctions and pressure would force Pyongyang to abandon its nuclear weapons, "it will count as [its] greatest miscalculation, and it will block the path to denuclearization on the Korean Peninsula forever - a result desired by no one," according to the statement. "The US should realize before it is too late that 'maximum pressure' would not work against us and take a sincere approach to implementing the Singapore DPRK-US Joint Statement."